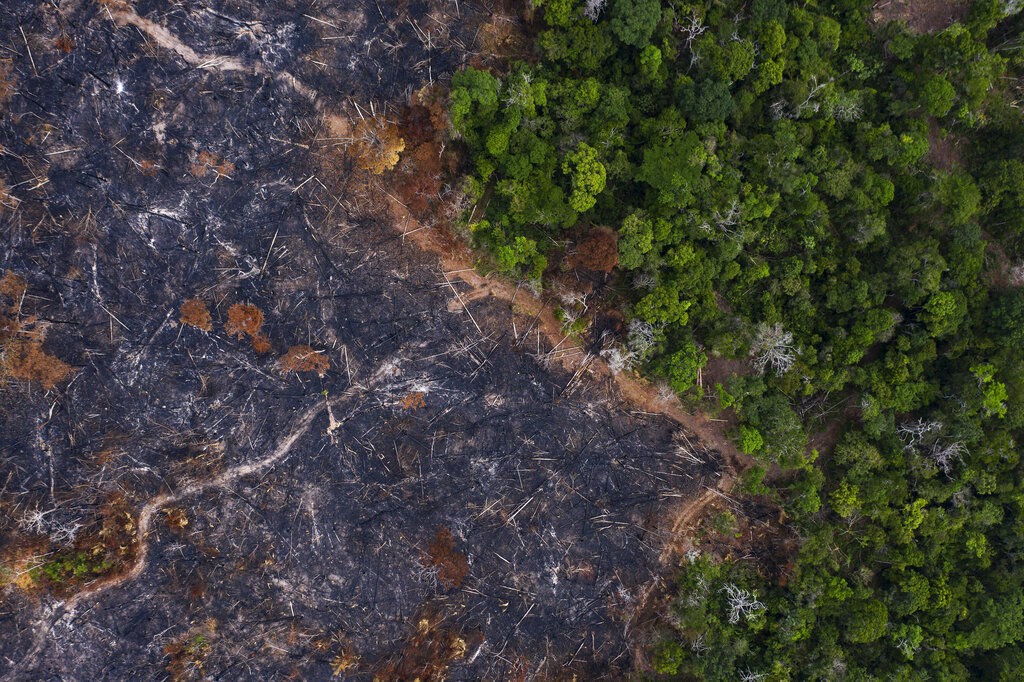 MARSEILLE, France, Sept 5 (Reuters) - Indigenous groups urged world leaders on Sunday to back a new target to protect 80% of the Amazon basin by 2025, saying bold action was needed to stop deforestation pushing the Earth's largest rainforest beyond a point of no return.

Amazonian delegates launched their campaign at a nine-day conference in Marseille, where several thousand officials, scientists and campaigners are laying the groundwork for United Nations talks on biodiversity in the Chinese city of Kunming next year.

"We invite the global community to join us to reverse the destruction of our home and by doing so safeguard the future of the planet," José Gregorio Diaz Mirabal, lead coordinator for COICA, which represents Indigenous groups in nine Amazon-basin nations, told Reuters.

Just under 50% of the Amazon basin is currently under some form of official protection or indigenous stewardship, according to research published last year.

But pressure from ranching, mining and oil exploration is growing. In Brazil, home to 60% of the biome, deforestation has surged since right-wing President Jair Bolsonaro took office in 2019, reaching a 12-year high last year and drawing an international outcry.

The Amazon basin as a whole has lost 18% of its original forest cover while another 17% has been degraded, according to a landmark study released in July by the Science Panel for the Amazon, based on research by 200 scientists.

If deforestation reaches 20%-25%, it could tip the Amazon into a death spiral in which it dries out and becomes savanna, according to Brazilian earth system scientist Carlos Nobre.

The Marseille gathering is the latest "World Conservation Congress," an event held every four years by the International Union for Conservation of Nature, a forum convening governments, civil society and researchers.

COICA wants the congress to endorse its "Amazonia80x2025" declaration to give the proposal a greater chance of gaining traction in Kunming, where governments are due to discuss targets to protect biodiversity over the next decade.