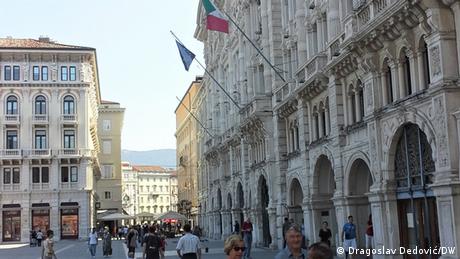 Seven or eight people were wounded, two of them seriously, in a shooting in the northern Italian city of Trieste early Saturday, public broadcaster Rai and local media reported.

One person was shot in the chest and was said to be in a life-threatening condition.

Il Piccolo newspaper reported that the shooting took place at around 8 a.m. local time (0600 UTC/GMT) on a main road through the city.

A large brawl broke out initially between two groups of Kosovars and Albanians outside a bar, reports said.

According to witness statements, the shooting started shortly after several vehicles arrived, from which more people got out and started fighting.

A witness told the ANSA news agency that the fight lasted about 10 minutes and that iron bars, chairs and bar stools had also been used as weapons.

Police then launched a large-scale manhunt and arrested two people around an hour after the shooting.

Local media said a similar brawl broke out in the city in July.

With material from DPA news agency