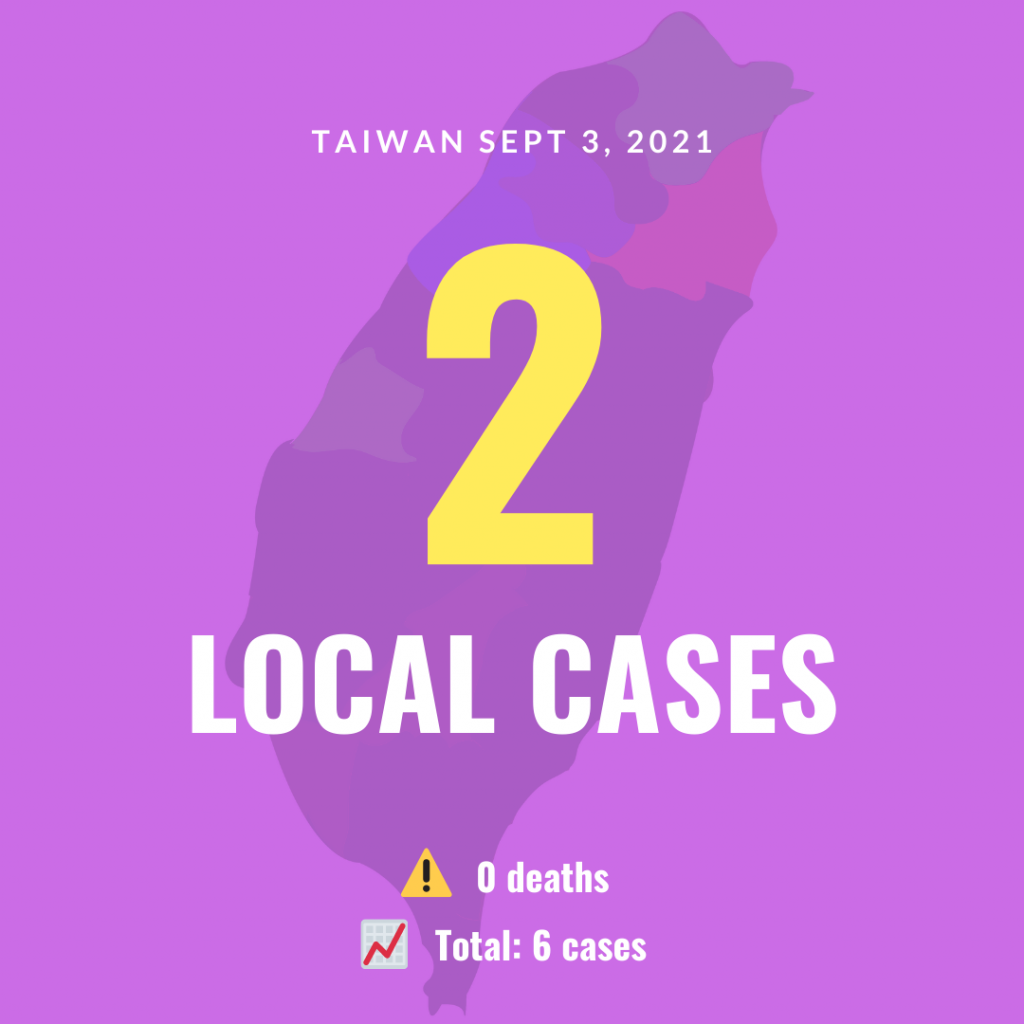 The two local cases reported on Friday include, case No. 16,121, a Taiwanese woman in her 50s who had a cough, runny nose, fever, diarrhea, and loss of the sense of taste from Aug. 26 to Sept. 1. When her symptoms failed to improve after a number of doctor's visits, she underwent a coronavirus test on Sept. 2 and tested positive for COVID-19 with Ct value of 25 on Sept. 3.

The health department arranged for him to be tested for the disease and he tested positive for COVID-19 on Sept. 3 with a Ct value of 11.

Of the 827 deaths from local infections, 410 were in New Taipei, 317 in Taipei, 28 in Keelung, 26 in Taoyuan, 15 in Changhua County, 13 in Hsinchu County, five in Taichung, three in Miaoli County, two each in Yilan and Hualien counties, and one each in Taitung County, Yunlin County, Tainan City, Nantou County, Kaohsiung City, and Pingtung County. The 10 other deaths were imported cases.