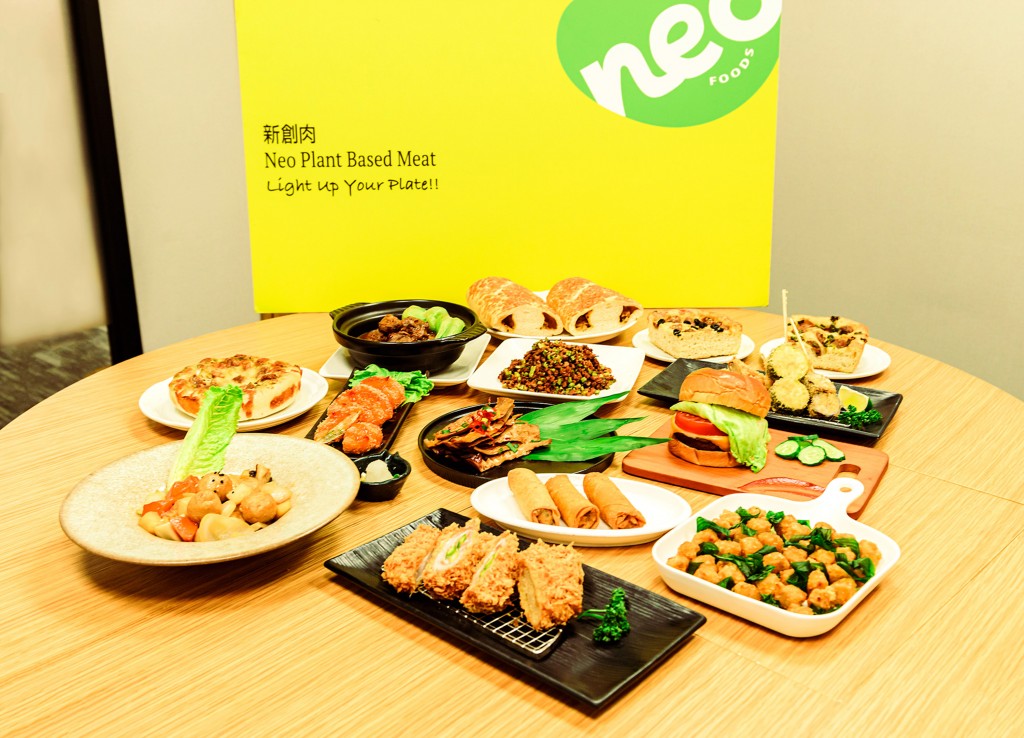 The agricultural and food giant has heeded warnings about meat’s impact on the environment and food crises while seeing the huge commercial potential of veggie meat, CNA quoted DaChan Vice President Han Chia-yin (韓家寅) as saying.

The Neo Foods Company, a subsidiary of the group, was established last year to develop alternative meats that are both healthy and tasty, said Han Chia-yu (韓家宇), chairman of DaChan. This will be achieved by cutting additives and adding nutritious ingredients.

Currently available products include raw meat, patties and nuggets, and processed food such as meat sauce and stir-fried chicken cubes, which are manufactured in factories in Tainan and Taoyuan. It is estimated a new NT$1 billion (US$36 million) plant soon to be built in Taoyuan will yield NT$2 billion in output per year.

DaChan’s frozen plant-based meat is already available on e-commerce platforms and will soon reach supermarkets, convenience stores, and restaurants, offering Chinese, Japanese, and Western cuisines, according to the company. Some of the merchandise will be offered at U.S. supermarkets starting this month.

A CNBC report last in December put the global market for alternative meats at US$20.7 billion. It is poised to grow to US$23.2 billion by 2024, the report said, citing market research company Euromonitor.