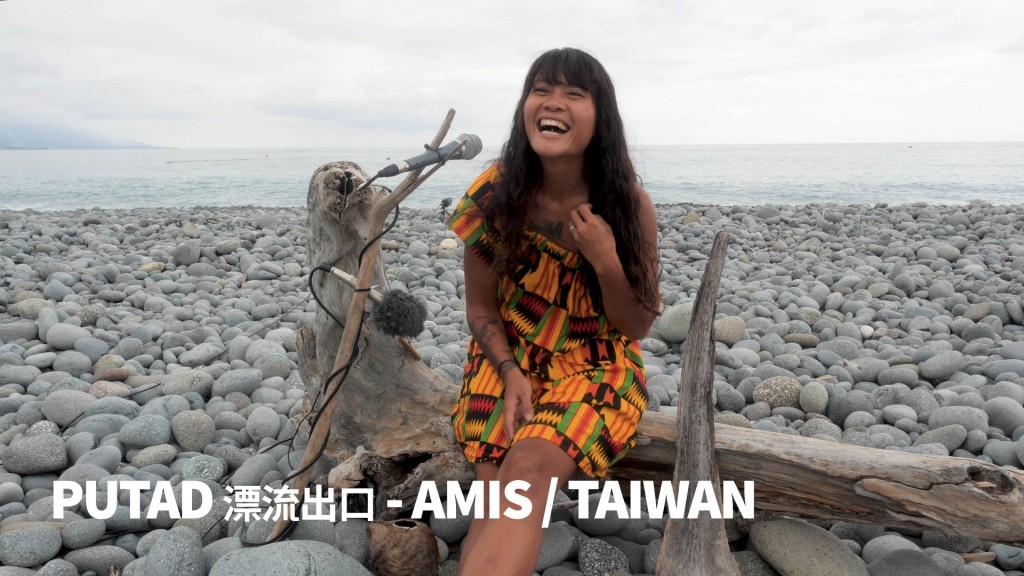 "Ta’u Tama," which means "My Child" in Tahitian, was written by husband-wife musical duo Vaiteani and incorporates an eclectic mix of natural sounds and musicians from Tahiti, Mauritius, Madagascar, Easter Island, Papua New Guinea, Taiwan, and the Marshall Islands, according to a Small Island Big Song press release.

The Taiwanese sounds featured in the song come from Putad, the Amis lead singer of the band Outlet Drift, and Sauljaljui (戴曉君), a singer of the Paiwan tribe. Outlet Drift won Best Indigenous Language Album at the 2021 Golden Melody Awards last month for its album “Lady of the Ocean.”

Accustomed to recording musicians on-site, the project’s founding couple, Bao Bao Chen (陳玟臻) and Tim Cole, have only been able to meet artists virtually during the pandemic. Nevertheless, “Ta'u Tama” and its accompanying music video were finished over the course of eight months.

“The song is dedicated to our next generation, for our land, a sustainable future, for survival,” the project organizers said. Small Island Big Song was established in 2015 after Chen and Cole quit their jobs upon hearing about the impact of rising sea levels on island countries. They were inspired to create “a contemporary and relevant musical statement of a region at the front lines of cultural and environmental challenges,” according to the project’s Facebook page.

The couple traveled for three years, venturing from the South Pacific to the Indian Ocean and meeting and recording various local musicians along the way. The project’s works have gained recognition from many European and American awards.