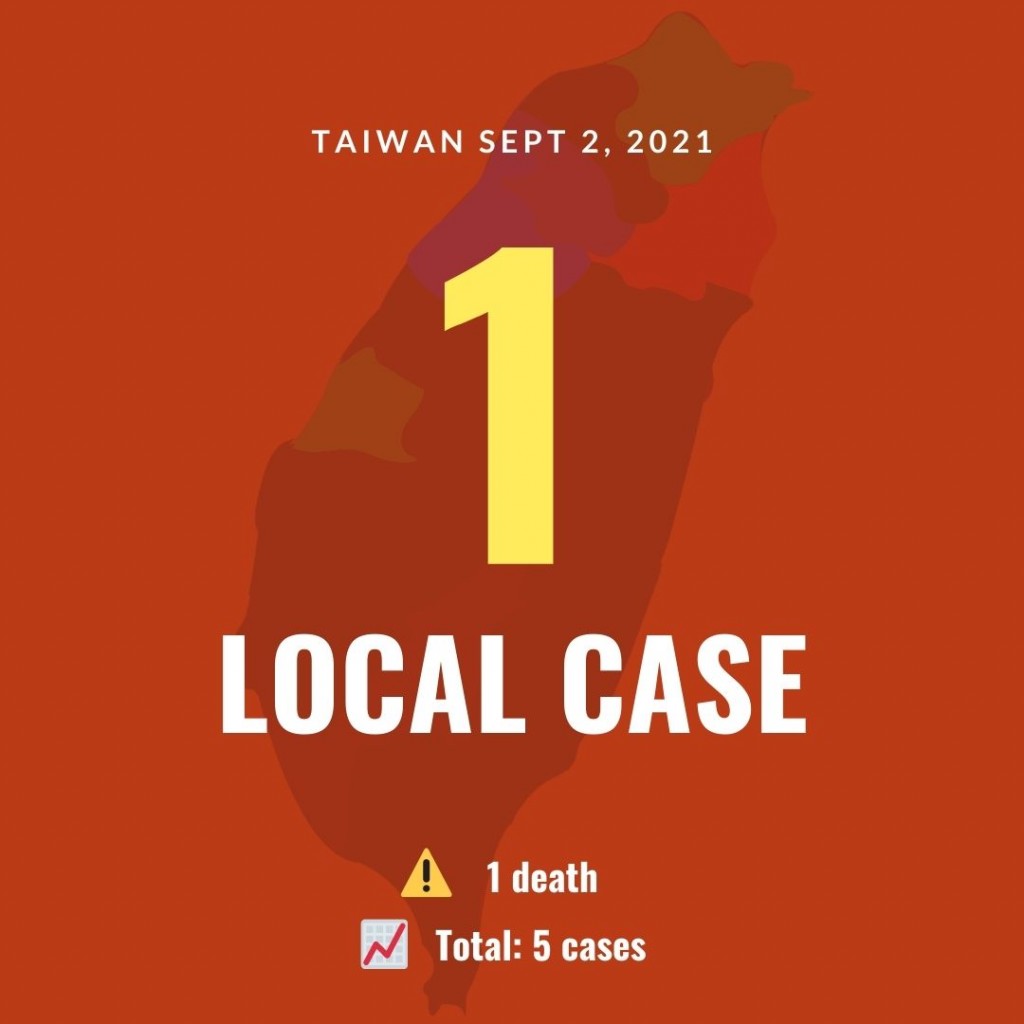 Thursday's sole local infection, case No. 16,112, is a man in his 30s who sought medical treatment for another condition and was diagnosed with COVID-19 on Sept. 2 (with a Ct value of 37.5). He is asymptomatic, and the health department has begun an epidemiological investigation in the hospital and community.

Chen said that the single death reported on Thursday, case No. 9,933, was a man in his 60s with a history of chronic disease and activities in Taipei's Wanhua District, a hotspot for COVID transmissions in May. He experienced a sore throat and cough on May 21.

On May 27, he sought medical attention and was admitted to a hospital, where he was tested for the virus. He was diagnosed with COVID and died on June 27. 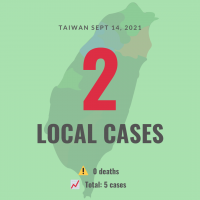