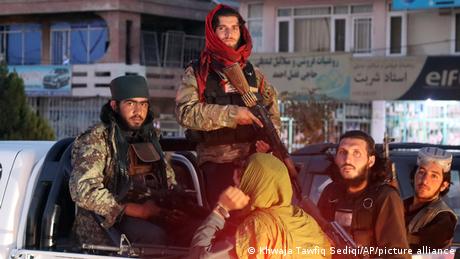 Just hours after the last US troops flew out of Afghanistan, ending America's longest war, India held its first official talks with the Taliban, marking a significant shift in policy.

The Indian ambassador to Qatar, Deepak Mittal, held talks with Sher Mohammad Abbas Stanekzai, the Head of the Taliban's Political Office, at the Indian embassy in Doha on Tuesday at the request of the Taliban, according to a statement released by India's foreign ministry.

The talks were centered around safety, security and the early return of Indian nationals who are stranded in Afghanistan.

The statement added that the travel of Afghan nationals, especially minorities, who wish to visit India, was also discussed.

"Ambassador Mittal raised India's concern that Afghanistan's soil should not be used for anti-Indian activities and terrorism in any manner," the Ministry of External Affairs said.

"The Taliban Representative assured the Ambassador that these issues would be positively addressed," it added.

The meeting is the first time that New Delhi has admitted to having a diplomatic contact with the Taliban in over two decades.

Two months after Kabul fell to the Taliban forces in 1996, the then Indian foreign minister, Inder Kumar Gujral, addressed the crisis in parliament.

In a strongly-worded speech, he expressed the Indian government's "revulsion" at the Taliban's killing of former Afghan President Najibullah and his brother.

It was from here that the Indian policy on the Taliban began to take shape and in the years that followed it was clear that New Delhi was putting its weight behind the government in Afghanistan and the Taliban was to be seen as a proxy for Pakistan that could fan the flames of insurgency in Indian-administered Kashmir.

Any dialogue with the Taliban was off the table and it remained so, until Tuesday.

India's no-engagement policy with the Taliban came to the fore during the hijacking of an Indian aircraft in 1999. New Delhi accused a Pakistan-based jihadist group of the hijacking. The plane was taken to Kandahar in Afghanistan and was quickly surrounded by Taliban fighters.

Negotiations ensued, ending with India exchanging three militants in its custody, in exchange for the passengers.

Months after the US announced a complete troop withdrawal in war-torn Afghanistan, reports in the Indian media suggested that New Delhi reached out to factions of the Afghan Taliban in June.

The outreach was reported to be headed by security officials and was limited to the Taliban factions that are considered "nationalist" and not under the influence of Pakistan or Iran.

But neither India nor the Taliban confirmed their engagement.

India is a major stakeholder in Afghanistan and is the largest regional donor to Kabul, having given nearly $2 billion (€1.65 billion) in reconstruction aid. In November 2020, India announced around 150 additional projects worth $80 million in the country.