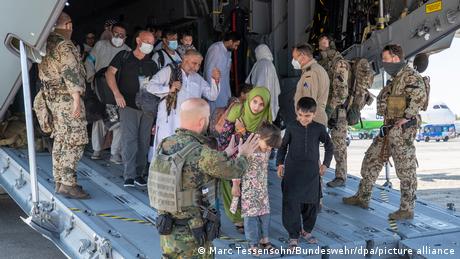 EU Council President Charles Michel said on Wednesday that the European Union needs to pursue decision-making autonomy in the wake of the chaotic evacuations from Afghanistan that ended last week.

"In my view, we do not need another such geopolitical event to grasp that the EU must strive for greater decision-making autonomy and greater capacity for action in the world," he told the Bled Strategic Forum in Slovenia.

Looking to the future of the EU's role in the world, the EU Council president discussed the importance of maintaining the bloc's influence in an interdependent world.

"European influence will be our greatest challenge in the coming years, and Afghanistan has offered a stark demonstration," he said.

However, he added that while interdependence is a good thing, dependence is not and thus it is important for the EU to be able to secure its own interests.

"We must reflect openly and clear-eyed on a new stage in collective security and defense capabilities, especially in the wake of the Afghan crisis." Michel added.

"This goes hand in hand with the need to move forward together toward a true common security and defense policy, without which we will remain dependent on the goodwill of other great powers and expose ourselves to the threats of authoritarian regimes," Sassoli said at the same Bled conference.

However, he also chided EU member states that had not come forward to accept Afghan refugees, in contrast to several states outside the EU.

"Everyone rightly thought of those who worked with us and their families, but none had the courage to offer refuge to those whose lives are still in danger today. We cannot pretend that the Afghan question does not concern us, because we participated in that mission and shared its objectives and aim," the parliament president said.