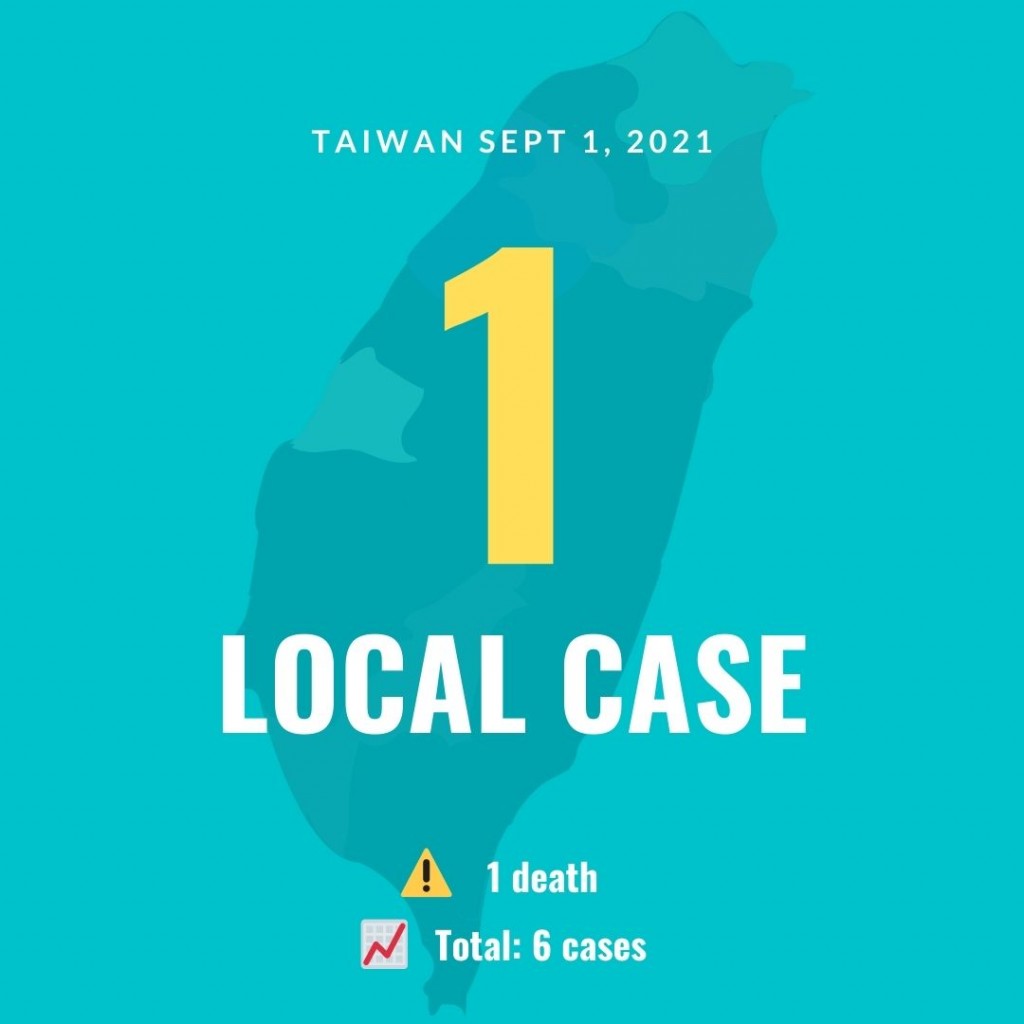 Wednesday's sole local infection, case No. 16,110, is a woman in her 60s who had come in contact with a confirmed case and had been placed in isolation by the health department. She developed a runny nose and an itchy throat on Aug. 23.

The woman did not seek medical attention as the symptoms were mild. As her quarantine was set to end, she was tested for the virus and diagnosed with COVID-19 on Sept. 1, with a Ct value of 24.

Chen said that the single death reported on Wednesday, case No. 9,686, was a man in his 60s who had a history of chronic disease and exposure to other confirmed cases. On May 30, he began to experience shortness of breath, cough, fever, and other symptoms.

He sought medical attention that day and was admitted to a hospital. The man was diagnosed with COVID-19 on June 3 and died on Aug. 30.

A total of 110 people have been removed as confirmed cases, while 14 cases are still under investigation. Up until now, 836 individuals have succumbed to the disease.

Of the 826 deaths from local infections, 410 were in New Taipei; 316 in Taipei; 28 in Keelung; 26 in Taoyuan; 15 in Changhua County; 13 in Hsinchu County; five in Taichung; three in Miaoli County; two each in Yilan and Hualien counties; and one each in Taitung County, Yunlin County, Tainan City, Nantou County, Kaohsiung City, and Pingtung County. The 10 other deaths were imported cases.