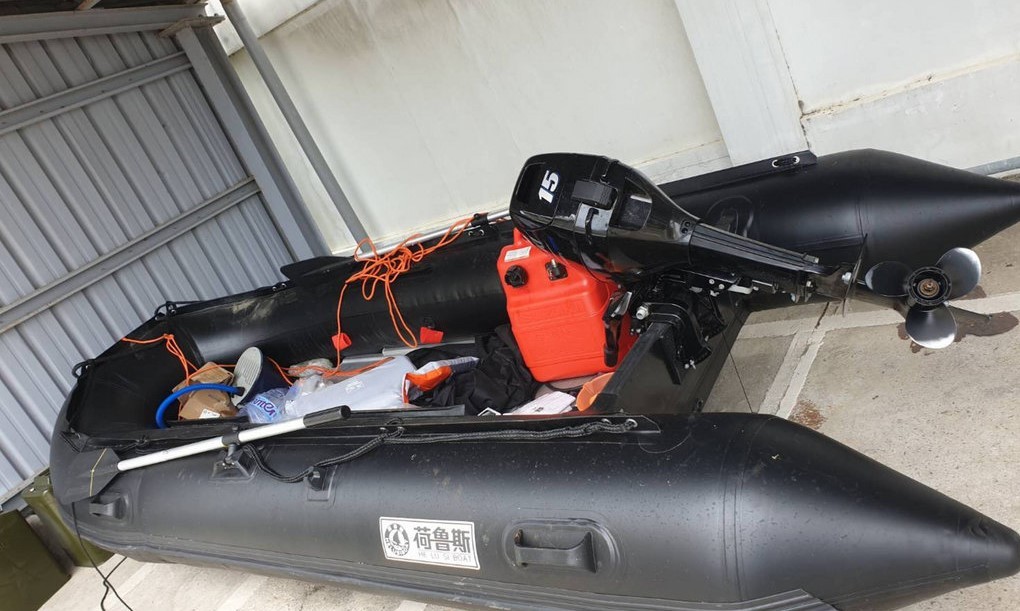 TAIPEI (Taiwan News) — A Chinese national who arrived in Taiwan illegally in April is being indicted by the Taichung Prosecutor’s Office for violating the nation’s immigration laws.

The 34-year-old man, surnamed Zhou (周), set off from Shishi City in China’s Fujian Province on April 30 at 10:30 a.m. in an inflatable boat with an outboard motor. At 9:30 p.m. the same day, he arrived at the Xindi embankment in the west pier area of Taichung Harbor.

The prosecutor’s office pointed out that Zhou said he yearned for a free life in Taiwan. The office said he had entered the country illegally without the permission of the Taiwan authorities, CNA reported. After he was spotted by members of the public, they immediately called the police.

The police detained him at 12:05 a.m. and seized his rubber boat, the motor, a compass, and other items. Currently, Zhou is being held at the National Immigration Agency Central Affairs Department’s Nantou branch.