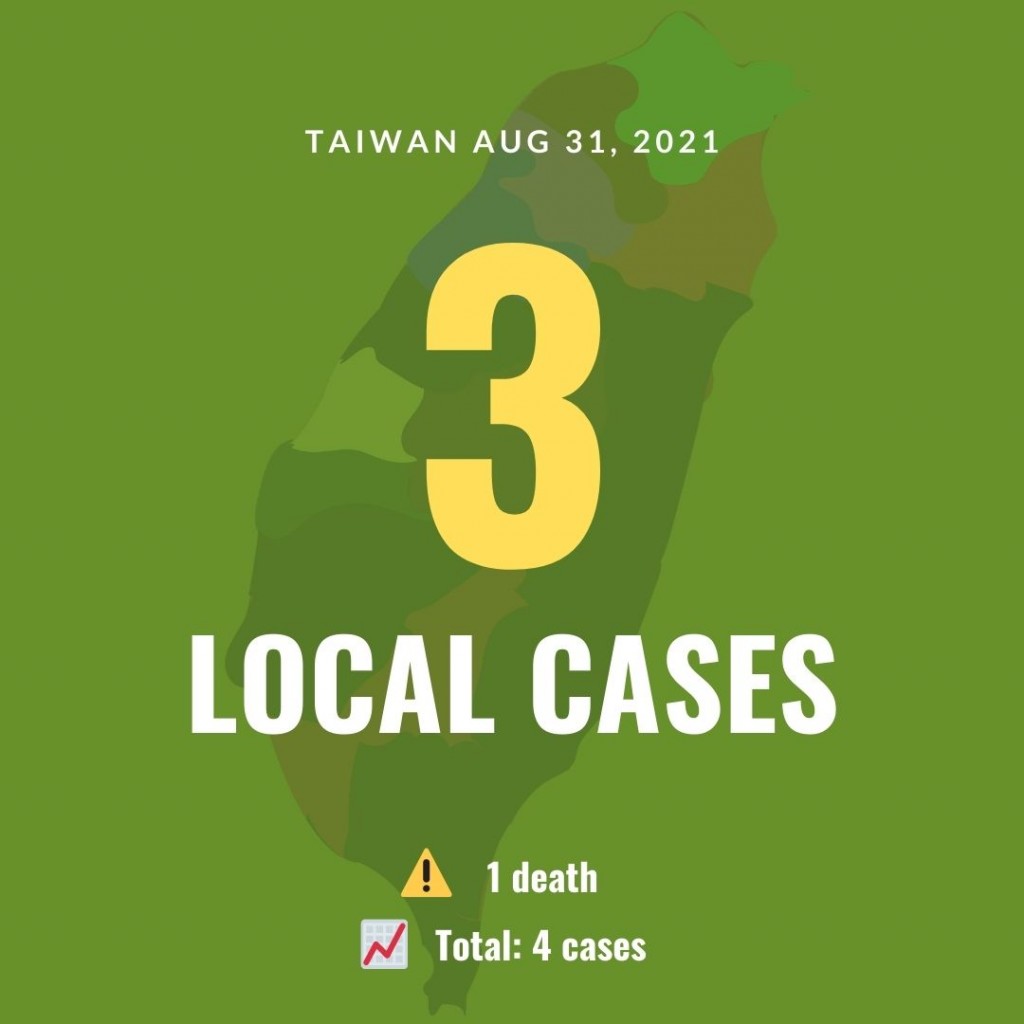 The latest local cases include two men and one woman between the ages of 30 and 60. Among these cases, one experienced an onset of symptoms on Aug. 16.

The other two cases began developing symptoms on Aug. 30. As for the distribution of these cases, two were in New Taipei City, and one was in Taipei.

Epidemiological investigations determined that of these, two are from unknown sources. Inquiries are ongoing to clarify the source of the infections.

Chen said that the single death reported on Tuesday, case No. 16,093, was a Taiwanese man in his 60s who tested positive for COVID-19 on Aug. 8 while staying in Vietnam. He was transported to Taiwan on a special medical emergency evacuation flight on Aug. 28 and admitted into a hospital for testing and treatment.

According to Chen, the sole imported case reported on Tuesday, case No. 16,105, is a British man in his 30s who had not received a COVID vaccine. He stated that he had been diagnosed with the virus in June and came to Taiwan for work on Aug. 17, having provided proof of a negative test result taken three days before his flight.

A test conducted upon arrival at the Taiwan Taoyuan International Airport came back negative. As his quarantine was about to expire, he underwent another coronavirus test on Aug. 30 and was diagnosed with COVID on Aug. 31.

A total of 110 people have been removed as confirmed cases, while 14 cases are still under investigation. Up until now, 835 individuals have succumbed to the disease.

Of the 825 deaths from local infections, 410 were in New Taipei; 315 in Taipei; 28 in Keelung; 26 in Taoyuan; 15 in Changhua County; 13 in Hsinchu County; five in Taichung; three in Miaoli County; two each in Yilan and Hualien counties; and one each in Taitung County, Yunlin County, Tainan City, Nantou County, Kaohsiung City, and Pingtung County. The 10 other deaths were imported cases.