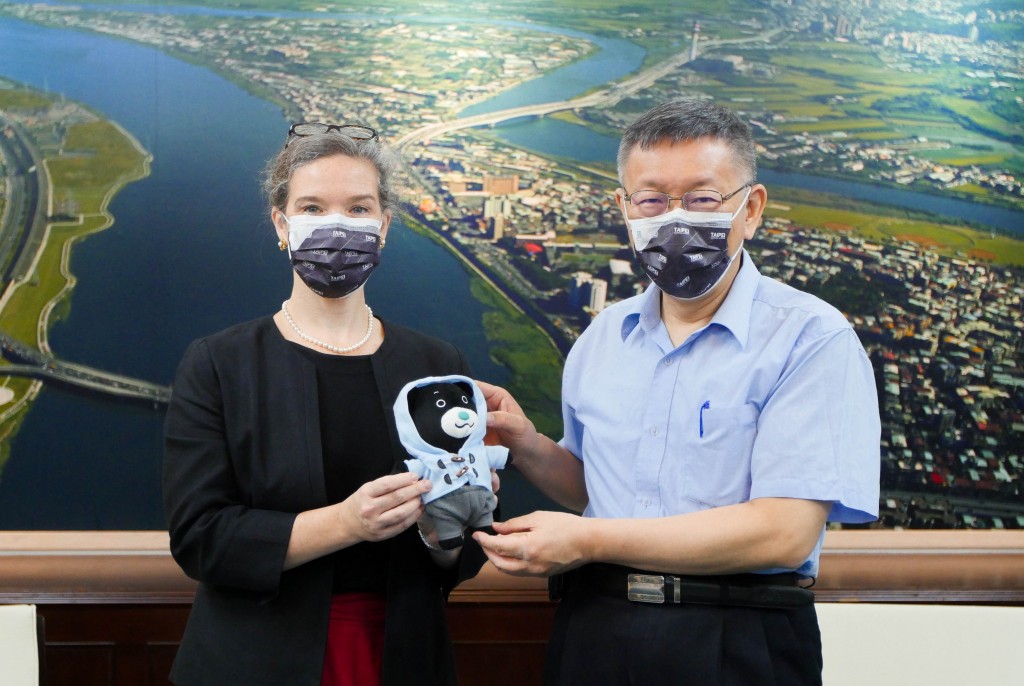 In order for Oudkirk to have a deeper understanding of Taipei, Chou Tai-chu (周台竹), a senior diplomat and former senior APEC official, presented an overview of the city’s important policies, particularly focusing on industrial development, education, and cultural cooperation, per the press release.

The AIT director praised Taiwan's technological development and semiconductor supply chain and said Taipei leads the world in smart city promotion and also takes a leading position in education. She recommended the capital city continue strengthening ties with its sister cities by cooperating with them on science and high-tech talent development.

The mayor later gave a copy of the Taipei City Government’s “White Paper on Industrial Digital Transformation Policies in the Post-epidemic Era” to Oudkirk. Ko said that he hopes to visit the U.S. after the pandemic subsides to bolster Taipei’s relations with its sister cities and other major American municipalities through exchanges in areas such as economy, trade, medical care, education, and culture.