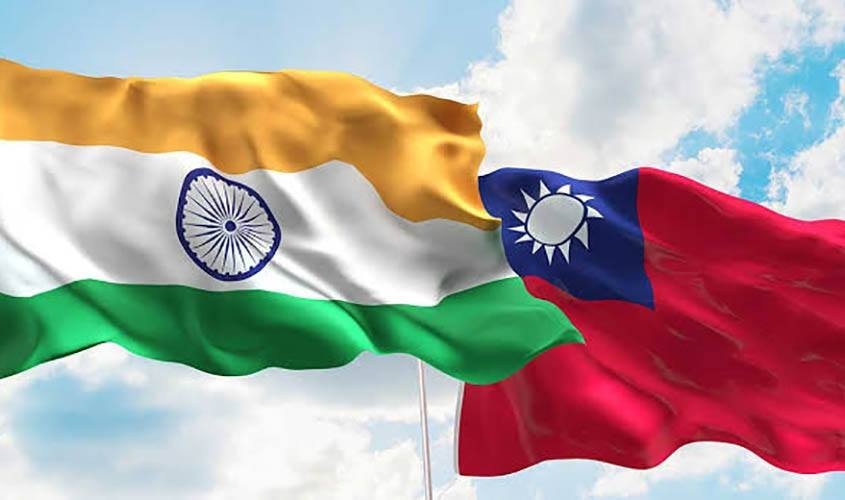 The event was divided into three half-day sessions focusing on different aspects of Taiwan-India relations, according to a TAEF press release issued on Friday (Aug. 27). Director-General of the India Taipei Association Gourangalal Das and Taipei Economic and Cultural Center in India representative Bau Shaun Ger (葛葆萱) were present to inaugurate the forum.

TAEF Chairman Hsin-Huang Michael Hsiao (蕭新煌) chaired the inaugural session. He underscored the significance of common values in Taiwanese and Indian foreign policies, adding that it is imperative that bilateral exchanges between the two countries are multi-faceted given that they both are dedicated to maintaining a global outlook based on a rules-based order.

Das said that such collaborations between the two think tanks are important because they act as an intermediary between India and Taiwan and help bridge the information gap. Meanwhile, Ger mentioned that scholarly exchanges are useful for advancing bilateral relations.

The first session, which was moderated by Professor Harsh Pant, head of the Strategic Studies Programme at ORF. It focused on the dynamics of the Indo-Pacific and featured four panelists from Australia, Japan, Taiwan, and India who shared their countries’ respective Indo-Pacific policies and attempted to define Taiwan as a significant regional player.

Natasha Kassam, director of the Lowy Institute's Public Opinion and Foreign Policy Program, opened the discussion by pointing out three trends in Australia-Taiwan relations. Firstly, there has been a positive change in perception in Australia regarding Taiwan due to its successful COVID-19 response and China’s increasing pressure on Taiwan. Secondly, the close U.S.-Taiwan relations have had an impact on Australia’s Taiwan policy; and thirdly, there has been growing regional support for the East Asian country.

Tosh Minohara, an international relations professor at Kobe University and chairman of the Research Institute of Indo-Pacific Affairs, highlighted Japan-U.S. relations and the shared values of Japan, the U.S., and Taiwan.

TAEF Executive Director Alan H. Yang (楊昊) offered Taiwan’s perspective on the Indo-Pacific by saying that China has continuously used military coercion against Taiwan, which is a growing concern for countries such as Japan and the U.S. He also highlighted the significance of Taiwan’s New Southbound Policy in its outreach and multifaceted engagement towards the countries of the region.

Sana Hashmi, a visiting fellow at TAEF, provided an outline of India’s Indo-Pacific policy and called for more support from the Indian government for Taiwan’s greater participation in the Indo-Pacific.

The second session touched upon Taiwan-India trade, investment, technological, and health cooperation and included experts in those fields. It was moderated by Kuan Ting-chen (陳冠廷), CEO of Taiwan NextGen Foundation.

Trisha Ray, an associate fellow at ORF's Technology and Media Initiative, summarized the extent of bilateral tech cooperation between Taiwan and India. She said she believed cooperation in 5G technology and semiconductor production could be greatly improved given that these two fields are also areas of cooperation within the Quad and in the Indo-Pacific.

Senior fellow and head of the health initiative at ORF Oommen C. Kurian stressed the importance of health cooperation between India and Taiwan. He said that it was a missed opportunity for India to not advocate for Taiwan’s observer status in the World Health Assembly when it assumed the chairmanship.

However, given Taiwan’s exemplary response to COVID-19, it is crucial for India to explore ways to strengthen cooperation in the health sector, he added. Medical education is still an untapped area between India and Taiwan.

Taiwan’s experience and response to the COVID-19 will benefit India, and therefore, the cooperation in the health sector is mutually beneficial, according to Kurian.

The third session centered on the future of Taiwan-India relations and was moderated by I-Chung Lai (賴怡忠), president of the Prospect Foundation. He lamented that the pandemic has changed how countries are interacting with each other, including India and Taiwan. Lai added that Taiwan-India relations are based on merit and the idea of expanding ties and that it is important to curtail the China factor.

Associate professor and chair of FLAME University's Centre for South and Southeast Asian Studies, Roger Liu (劉奇峰), drew attention to the lack of understanding about India amongst Taiwanese scholars and about Taiwan’s strategic role in the global context within the Indian strategic expert view. To bridge this gap, he encouraged the exchange of ideas between Indian and Taiwanese academic circles.

Liu said that Indian and Taiwanese scholars can also cooperate on scientific exploration in the South China Sea. He added that if China and Sri Lanka can work together in the Bay of Bengal, so too can India and Taiwan partner up in the Taiwan Strait and elsewhere.

Premesha Saha, an associate fellow at ORF, said that India-Taiwan relations should be viewed from a broader lens and “should be free from the shackles of the China challenge.” She also brought up maritime cooperation, saying that India could engage Taiwan in the Indo-Pacific through several ways, including the Indo-Pacific Oceans Initiative Partnership.

Though the participants offered different perspectives on Taiwan, India, and the Indo-Pacific order, they all agreed that the major stakeholders in the Indo-Pacific should promote Taiwan’s greater participation in the region. They all also concurred that India-Taiwan relations should be advanced further.