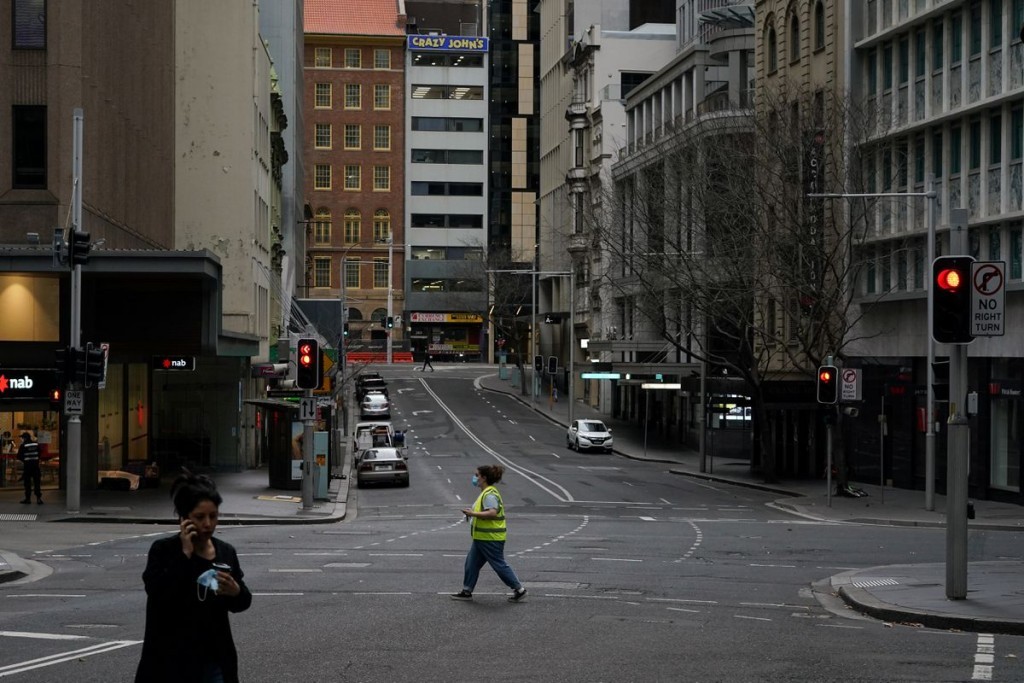 Australia's economy was likely already slowing before wide-scale coronavirus restrictions shuttered swathes of business and jobs, setting the stage for a vicious contraction this quarter.

There is even a non-trivial chance the economy is already in recession should Wednesday's data on gross domestic product (GDP) match the weakest market forecast. The median call is for growth of 0.5% in the June quarter, while forecasts ranging from a 0.1% fall to growth of 1.2% underline the uncertainty of the age.

"For all intents and purposes, the Australian economy is currently in a manufactured recession as we go through another huge negative shock."

While consumer spending and business investment were likely solid in the quarter, more of it was met by a flood of imports and a run down in inventories rather than an increase in output, so trimming overall GDP.

Fittingly for these strange times, annual growth is actually tipped to be the fastest in modern history at 9.2%, but only because the first round of pandemic lockdowns last year caused a huge 7.0% contraction, which is dropping out of the calculation.

With a new round of lockdowns gripping millions in Sydney, Melbourne and Canberra the economy is set to shrink again.

"While a flat to negative Q2 GDP print is a real risk, this is far in the rear vision mirror as far as the economy is concerned given the sharp contraction expected in Q3 which we have pencilled in at around -3% q/q," said NAB chief economist Alan Oster.

Looking ahead, the key question is when the lockdowns will end and how quickly activity recovers afterwards. Victoria state has signalled restrictions will be extended past this week while New South Wales plans to stay shut through all of September and, likely, into October.

This is longer than first expected by the Reserve Bank of Australia (RBA), which had forecast the economy would shrink by only 1% this quarter.

The central bank may decide not to trim its bond buying as planned in September, but with interest rates already at all-time lows of 0.1% there is little more it can do.

The conservative government of Prime Minster Scott Morrison has stepped up with billions in disaster payments to businesses and workers, though at the cost of a lot more borrowing.