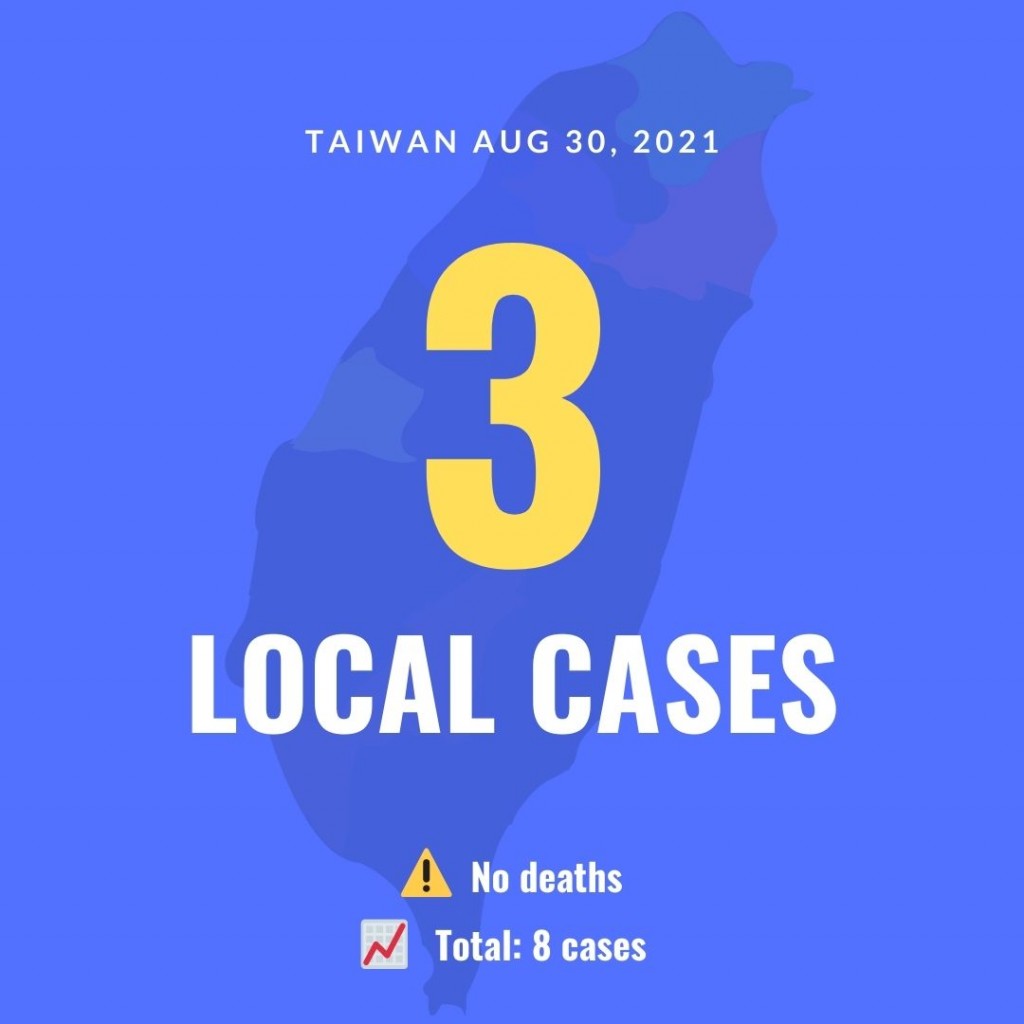 Health Minister and CECC head Chen Shih-chung (陳時中) that afternoon announced eight new coronavirus cases, including five imported infections and three local ones. The CECC did not announce any deaths, leaving the COVID death toll at 834.

The latest local cases include two males and one female between the ages of 10 and 70. Among these cases, one experienced an onset of symptoms on Aug. 29.

The other two cases are asymptomatic thus far. All three cases were in New Taipei City.

Epidemiological investigations determined that of these, one is from a known source and two are from unknown sources. Inquiries are ongoing to clarify the source of the infections.

A total of 110 people have been removed as confirmed cases, while 14 cases are still under investigation. Up until now, 834 individuals have succumbed to the disease.

Of the 825 deaths from local infections, 410 were in New Taipei; 315 in Taipei; 28 in Keelung; 26 in Taoyuan; 15 in Changhua County; 13 in Hsinchu County; five in Taichung; three in Miaoli County; two each in Yilan and Hualien counties; and one each in Taitung County, Yunlin County, Tainan City, Nantou County, Kaohsiung, and Pingtung County. The nine other deaths were imported cases.