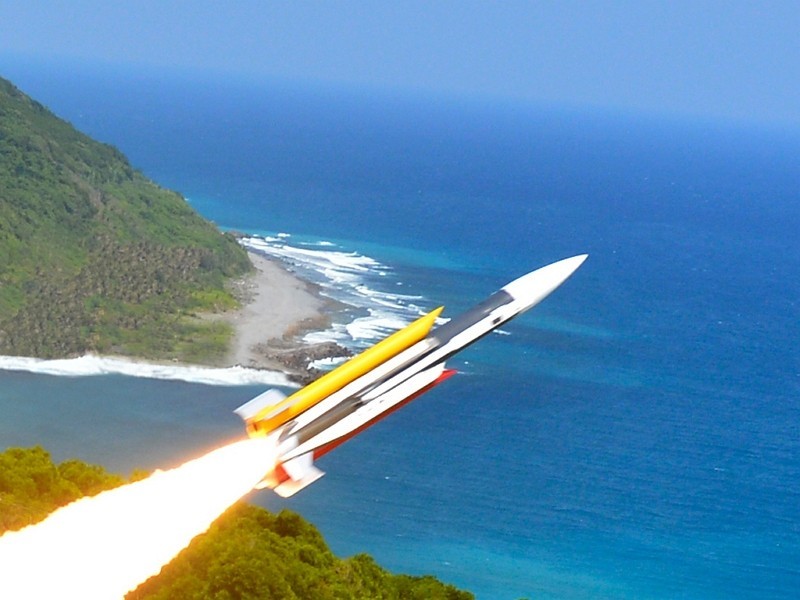 Under the Xunlei Project, the Navy has built a large missile base near Taichung and stationed its Hai Feng Shore Based Anti-Ship Missile Group second mobile battery and its supporting unit there. It also recently deployed a number of Hsiung Feng III missiles to base in order to shore up coastal defenses, UDN reported.

Taiwan has been increasing the production of many of its indigenous weapons systems this year, including the Hsiung Feng III and the Sky Bow III surface-to-air missile. President Tsai Ing-wen (蔡英文) had instructed the National Chung-Shan Institute of Science and Technology (NCSIST) to do so in order to meet national security needs in February.

The Hsiung Feng III is a supersonic missile capable of hitting both land-based and naval targets. It has a warhead capable of piercing armor and can be deployed on naval ships as well as mobile trailers, according to NCSIST. It has a range of approximately 120 km.