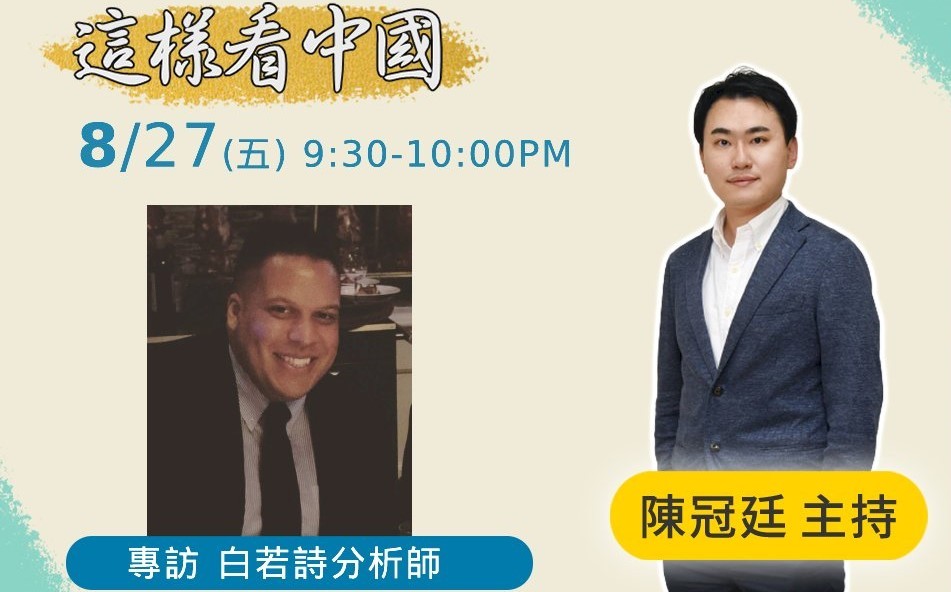 On Chen's RTI program "The way to view China," Barros first stated that the Biden administration is aware that U.S.-Taiwan relations are important for security in the Indo-Pacific. As a result, many analysts in Washington believe there should not be any strategic ambiguity in America’s policy towards Taiwan. Barros acknowledged that there are some pros to keeping this approach, but he said that many in Congress want to remove this policy as well.

However, he said that GMF Asia Program Director Bonnie Glaser thinks the U.S. should maintain ambiguity in order to deter a potential Chinese attack on the democratic nation.

In response to people making comparisons with the U.S. withdrawal from Afghanistan and Washington’s commitment to Taiwan, Barros said it is wrong to liken the situation in Afghanistan to Taiwan’s. The policies and goals have changed multiple times from President Bush’s administration to Biden’s, which has left Americans wondering why the U.S. has been in the Central Asian country for so long, the analyst said.

Meanwhile, Barros said America’s goals with regard to Taiwan are to protect Taiwan’s freedom and democracy and to ensure cross-strait peace. Congress members are all united on this issue, he said.

Barros went on to discuss Taiwan, U.S., and EU relations. He said that the issue of Taiwan has become a growing concern in the EU and has become a common area of cooperation with the U.S.

With regard to strengthening ties with Europe, Barros said Taiwan and Baltic nations have similar political backgrounds, having transitioned to democratic governments and now facing a large, powerful neighbor. He said that the two countries could cooperate on cybersecurity and how to counter disinformation.

The analyst also said Taiwan can partner with Central and Eastern European nations like Poland and the Czech Republic on cultural and trade issues. As Taiwan expands relations with individual European nations, so too will it strengthen its ties with the EU, he added.