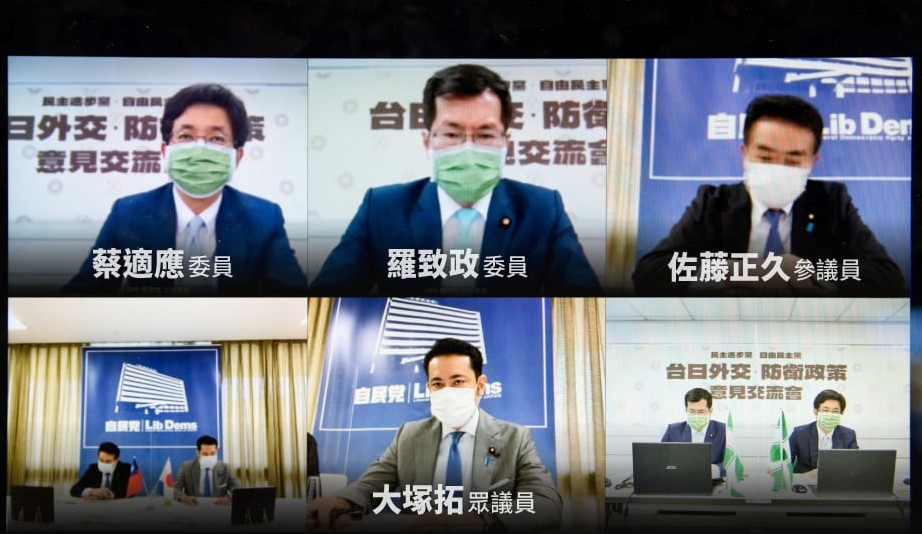 DPP Legislator Lo Chih-cheng (羅致政) said that both sides are concerned about the situation in the Taiwan Strait and the growing Chinese threat. The two sides mentioned that Chinese military aircraft and warships frequently intrude on both nations’ borders.

The LDP said that it will bolster Japan’s air defenses near the Sea of Japan and that it will boost its defense spending, while the DPP proposed to increase Taiwan’s defenses in the nation’s northeast maritime border, Liberty Times reported.

The two parties discussed how to improve deterrence and which aspects with regard to security can be strengthened, such as information exchanges and bilateral cooperation. They also touched upon issues related to Washington’s commitment to Taiwan.

Sato Masahisa, head of the LDP’s committee on Taiwan relations, tweeted on Aug. 26 that one day, the Japan, U.S., and Taiwan coast guards will train together. DPP Legislator Tsai Shih-ying (蔡適應) said that this proposed trilateral cooperation was also mentioned during Saturday’s dialogue, adding that the two agreed there is a need for coordinated maritime rescue and patrol exercises and related drills, in addition to joint humanitarian missions, per Liberty Times.

After the online meeting, Sato said he hoped Taiwan could join the Comprehensive and Progressive Agreement for Trans-Pacific Partnership as soon as possible. He also said that he wishes to deepen bilateral cooperation in semiconductor production as well as digital and economic security.