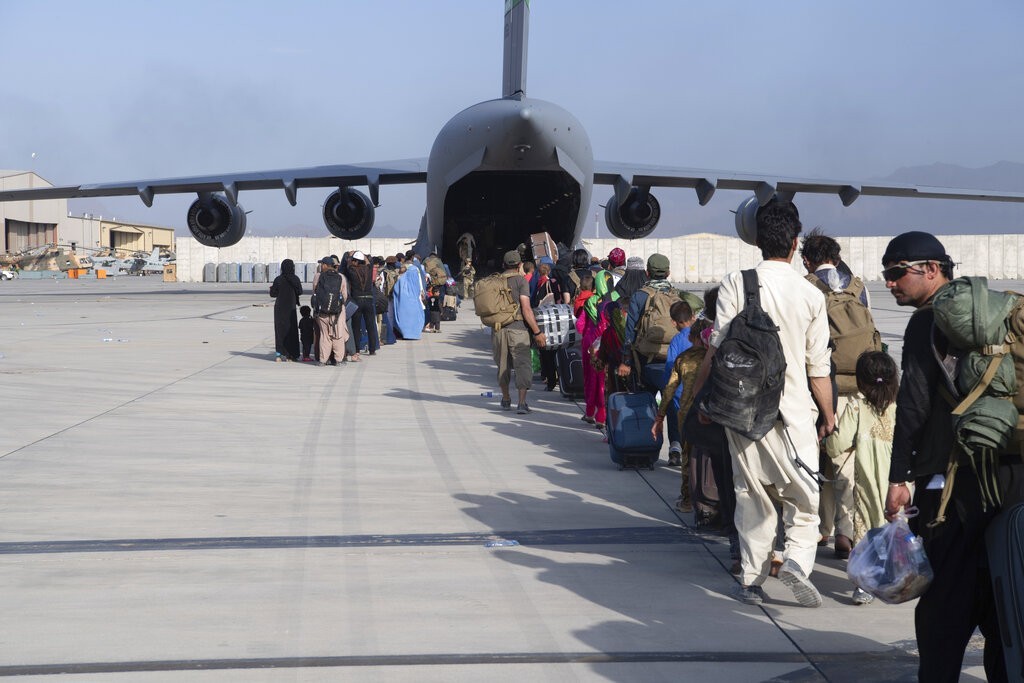 Britain is starting to bring its troops home from Afghanistan as the country’s evacuation operation at Kabul airport ends.

A Royal Air Force plane carrying soldiers landed at the RAF Brize Norton air base northwest of London on Saturday morning. The troops are part of a contingent of 1,000 that has been based in Kabul to help run the airlift.

Flights bringing U.K. citizens and Afghans have largely ended, though the head of the armed forces, Gen. Nick Carter, said there would be a “very few” more on Saturday.

Britain says it has evacuated more than 14,500 people from Kabul in the past two weeks, but that as many as 1,000 Afghans entitled to come to the U.K. have been left behind.

Prime Minister Boris Johnson promised Friday to “shift heaven and earth” to get more people from Afghanistan to Britain by other means, though no concrete details have been offered.