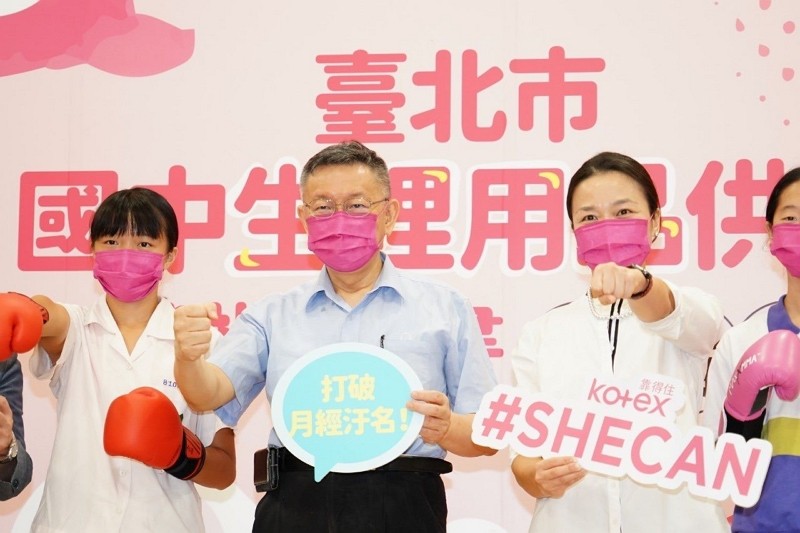 Around 1,522 pupils at Xinyi, Shilin, Chongqing, Muzha, and Guting junior high schools are expected to benefit from the measure. The initiative starts in September in a trial project sponsored by Kotex, a U.S. brand owned by Kimberly-Clark.

Taipei is the first city in both Taiwan and Asia to implement the scheme, which it hopes will be normalized with the backing of the city council next year. Taipei Mayor Ko Wen-je (柯文哲) said the capital is addressing the issue from five perspectives: period poverty, period inequality, period stigma, menstrual education, and menstrual hygiene rights.

Kotex marked its centenary in 2020 by mounting a global campaign, "She Can," to raise awareness about period poverty. The campaign has reached 1.18 million pubescent girls across the Asia Pacific, according to the company.

The Taipei project was launched in collaboration with Little Red Hood, a non-profit in Taiwan dedicated to promoting a stigma-free and shame-free life for girls and women.