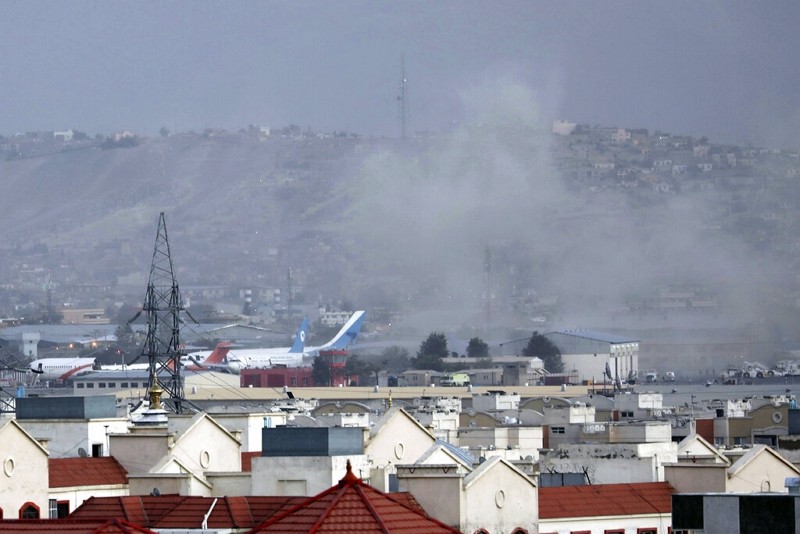 TAIPEI (Taiwan News) — Taiwan has condemned the attacks in Kabul that killed 13 U.S. troops and scores of civilians as Western countries scramble to complete their evacuations from Afghanistan.

On Thursday (Aug. 26) suicide bombers detonated one explosive at Abbey Gate, which was being used as a way station for refugees waiting to be allowed into the airport and outside the nearby Baron Hotel, where British forces had been processing evacuees, CNN reported. Immediately following the explosions, gunmen opened fire on soldiers and civilians alike.

A total of 13 U.S. service members were reported dead, including 10 Marines, while 18 were wounded. On the Afghan side, at least 90 civilians have been confirmed dead with over a hundred more injured.

At the direction of President Tsai Ing-wen (蔡英文), Foreign Minister Joseph Wu (吳釗燮) called the new director of the American Institute in Taiwan, Sandra Oudkirk, to express "deep concernp to the victims of the U.S. military and their families on behalf of the Taiwanese government and people," the Ministry of Foreign Affairs said in a statement, adding that Taiwan stands with the U.S. during this difficult period.

The ministry also expressed sadness over the Afghan casualties and called on all parties to be rational and respect life and property. The ministry strongly condemned the attack and pledged to work with like-minded nations against terrorism of any form.

Islamic State-affiliated ISIS-K (Islamic State Khorasan Province) has claimed responsibility for the attacks. American President Joe Biden has vowed swift retribution but says the U.S. is on track to meet the original Aug. 31 deadline for ending its 20-year presence in the country.