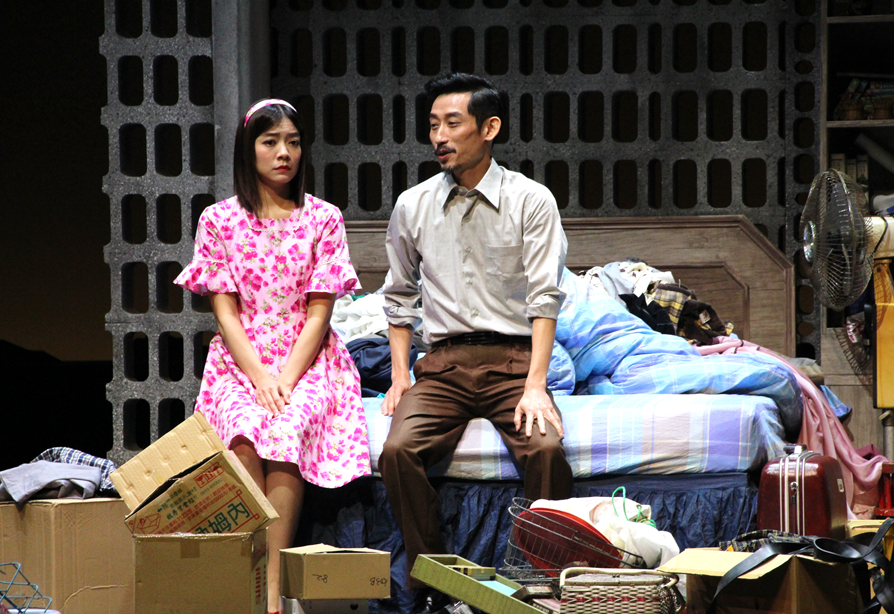 [Update] After the first release of tickets for "Human Condition VII" sold out Friday (Aug. 27) afternoon extra tickets were released, which have also sold out. There will be performances in Taichung, Tainan, and Kaohsiung, after the Taipei premiere on Sept. 3.

The heart-wrenching show by one of Taiwan's most renowned theater troupes looks back at 1970s Taiwan. This was a time when young people frequently had to grow up fast in order to struggle out of poverty.

Directed by veteran writer Wu Nien-jen (吳念真), the first installment of the seven-part "Human Condition" series opened 20 years ago. Wu is also the stand-in if the lead actor contracts COVID-19 or is unable to perform for some other reason.

Wu said he has drawn heavily on personal life experiences. "In my generation, most of us were too young to be adults. My friend left home at 13 and began to deal with life at 17 — it was common then." "The spirit of Taiwan's women is the power of Taiwan," the writer said. "Women spent their whole lives working hard just to support their families, their precious youth — gone."

The play is co-produced by Lei Feng (雷鋒) and Lee Yung-feng (李永豐). "This is a heart-wrenching story," said Lei, who grew up on a farm in Yunlin, where he was surrounded by a lot of people called "A-lan" and "A-long" (the names of the main characters in the show).

"The female characters in the drama will probably remind audiences of how their grandmothers or mothers raised them," said the lead actress Lin Mei-hsiu (林美秀).

Unlike previous performances when Lin's characters were brightly dressed, in the role of A-lan (阿蘭) she wears just a plain dress and is makeup-free. Having worked on the series of plays since "Human Condition II," Lin said they show how women become strong and stay strong until the end.

Veteran actress Yang Li-yin (楊麗音) takes the part of a vicious mother who spoils her son. She treats her daughter A-lan as an object to exchange for money when she gets married. However, when she has dementia, it is A-lan who cares for her, not her son. Lead actor Ko I-chen and lead actress Lin Mei-hsiu are a married couple in the show. As for box office takings, Wu said the troupe has to be prepared to take a loss because COVID-prevention measures mean only 500 tickets per show can be sold.

"A stage play can only be completed when an audience is allowed. It's different from watching TV programs or movies because a theatrical performance has its unique charisma and has to take place inside a theater with an audience," said the director.

"Human Condition VII" was canceled in August due to the pandemic but will return to the stage from Friday (Sept. 3) until Sunday (Sept. 5), with four shows at the National Theater. Tickets will be released online at 12 p.m. on Friday (Aug. 27).