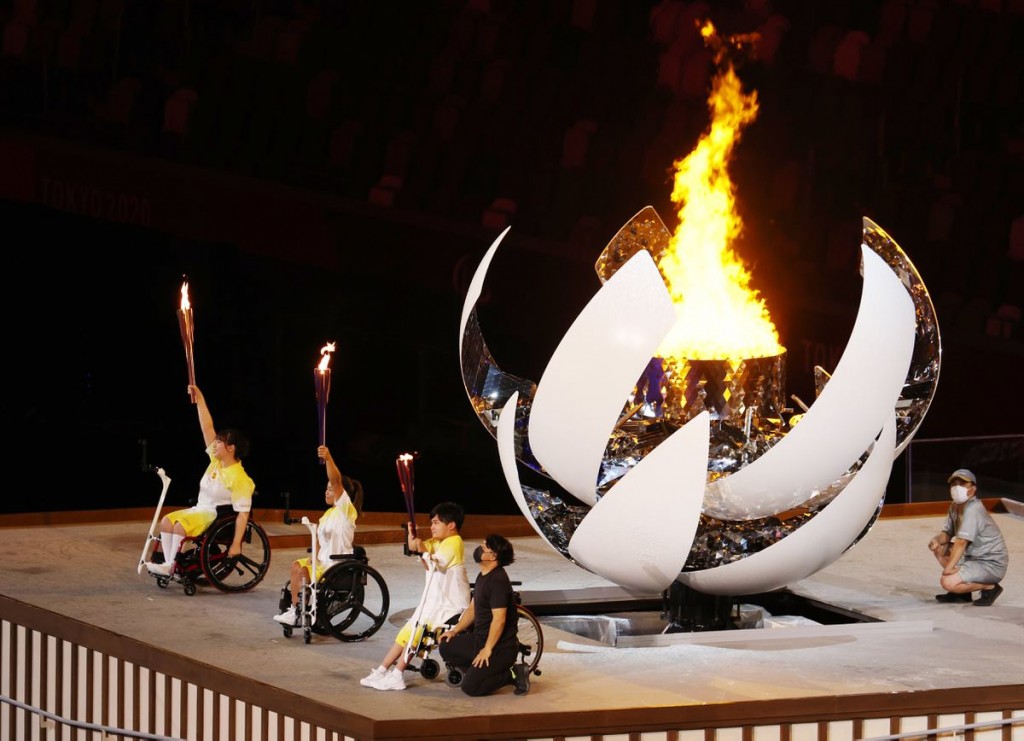 TOKYO, Aug 24 (Reuters) - The 2020 Paralympic Games will kick off in Tokyo with the opening ceremony on Tuesday as Japan struggles with its worst COVID-19 outbreak so far, record daily cases and an overwhelmed medical system.

The organisers admitted last week that the Paralympics will be held under "very difficult" circumstancesas Japan's health situation has worsened since the Olympic Games ended on Aug. 8 and hospitals in the host city are filled to capacity.

The Japanese government and the Tokyo Metropolitan government appealed on Monday to hospitals in the capital to accept more COVID-19 patients as increasing infections have made access to care increasingly difficult.

"I'm a little concerned about holding the Paralympic Games. Still, I hope the athletes will do their best," said 52-year-old office worker Chika Sasagawa.

While the number of athletes and officials travelling from abroad is less than a third of that during the Olympics, Japan reported more than 25,000 daily cases on three days last week, up from less than 15,000 when the Olympics ended earlier this month.

Organisers of the Paralympics, which will take place between Aug. 24 and Sept. 5, have said they plan to implement the same COVID-19 protocols or "playbook" as the ones used during the Olympics.

Frequent testing and other restrictions, such as limiting the movement of athletes and officials, proved to be effective in minimising infection risks during the Games, they have added.

Like the Olympics, the Paralympics will also take place generally without spectators and organisers have asked the domestic Games officials to avoid eating out or drinking in groups.

Olympic organisers reported404 Games-related infections. They carried out close to 600,000 screening tests with an infection rate of 0.02%.

Japan has extended COVID-19 emergency measures in the capital and other regions that will run through the Games.

About 88% of thousands of athletes and officials attending the Games have been vaccinated, the International Paralympic Committee spokesperson Craig Spence has said, though a number of local volunteers are yet to be fully vaccinated.

"Compared to the Olympics, the COVID infections have spread further now. I have many concerns but I believe that Japan as a host country is making all the efforts so that athletes can compete safely in the Games," said Tokyo resident Kana Matsuyama, 45.