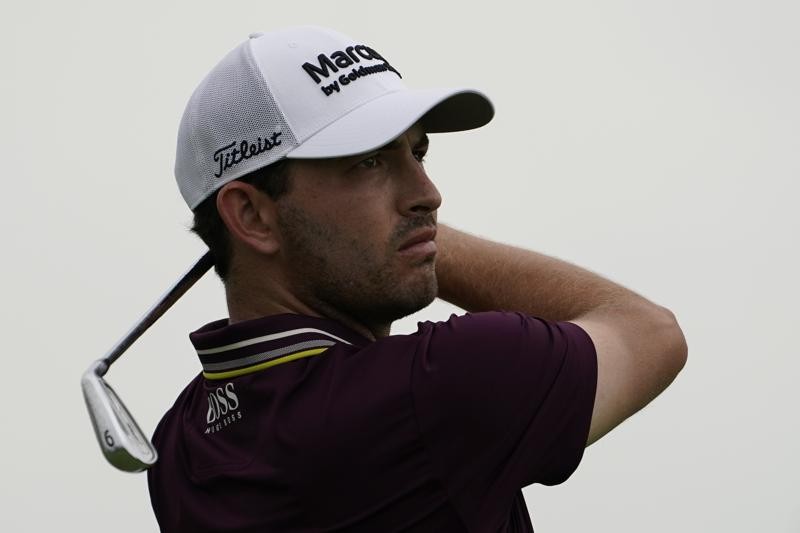 OWING MILLS, Md. (AP) — The PGA Tour is still planning on one event for its Asia Swing this fall.

Players were notified last week the Zozo Championship outside Tokyo was still on the schedule, and they faced a deadline for visa applications in case they decide to go.

But that will be the only stop, assuming it happens.

Two people aware of the decision say the HSBC Champions in Shanghai has been canceled. They spoke on condition of anonymity because the tour hasn’t announced the decision.

The PGA Tour lost its Asia Swing to the COVID-19 pandemic last year. The HSBC Champions, a World Golf Championships event since 2009, was canceled. The CJ Cup in South Korea moved to Shadow Creek north of Las Vegas, while the Zozo Championship moved to Sherwood Country Club in Thousands Oaks, California.

The CJ Cup already has announced it is returning to Las Vegas, this time at the prestigious Summit Club. Japan-based Zozo does not have a U.S. presence, and it was a big step for the company to hold its tournament in California.

Patrick Cantlay, who already is particular with his travel time and schedule, won last year at Sherwood. It was not clear if he planned to return to defend.

Spectators were not allowed at Kasumigaseki for the Olympics. The Zozo Championship is scheduled for Narashino Country Club in the Chiba prefecture. Oddly enough, it is not listed on the Japan Golf Tour website, even though the tournament is co-sanctioned with the PGA Tour.

If anyone was looking to spend two weeks in Japan, the following week is the ISPS Handa, which has one of the smallest prize funds on the Japan Golf Tour.

The tour schedule for the fall goes from Las Vegas to Japan to Bermuda. The Bermuda Championship typically is held opposite the HSBC Champions and last year received full status, meaning Brian Gay earned a spot in the Masters by winning.

Phil Mickelson will be trying to avoid a unique list of players who have won majors and have short PGA Tour postseasons.

Mickelson won the PGA Championship in May, making him at age 50 the oldest major champion in history. But that was his only top 10, and he has only one other finish in the top 20. He missed the cut at The Northern Trust and narrowly stayed in the top 70 of the FedEx Cup who advanced to the BMW Championship.

The top 30 reach East Lake for the Tour Championship.

It’s unusual, but not unprecedented. Shane Lowry (British Open) and Tiger Woods (Masters) in 2019 were the last players to win majors and not make it to East Lake. Before that, Danny Willett (Masters) and Henrik Stenson (British Open) won majors and didn’t reach the Tour Championship.

Also on the list are Woods and Padraig Harrington in 2008, where an asterisk is required. The points system was so volatile that Harrington missed two cuts and couldn’t recover. In the current system, he would have been assured East Lake.

As for Woods? He had knee surgery after winning the U.S. Open and didn’t play the rest of the year. He still was at No. 32 going into the third playoff event.

Jimmy Johnson, the caddie for Justin Thomas, is being inducted into the Caddie Hall of Fame on Wednesday at the BMW Championship.

The honor comes from the Western Golf Association, which has a deep caddie heritage with its fabled Evans Scholars Foundation that awards college tuition to high-achieving caddies.

Johnson, 64, began his career playing the Sunshine Tour where he became friends with Nick Price, who later asked him to caddie for him.

Johnson also worked for Steve Stricker until the Ryder Cup captain began paring his schedule, and he moved over to Thomas as he began his rise to the elite in golf.

Patty Tavatanakit had one last charge to end the LPGA Tour’s major season. She didn’t have a great chance of winning the Women’s British Open, but her closing 67 at Carnoustie gave her a tie for seventh. That was all the 21-year-old Thai need to pick up another award.

Tavatanakit rallied past Nelly Korda to finish the year with the best record in the five majors, winning the Rolex Annika Major Award.

Players are required to win a major and then earn the most points based on top 10s in the other majors. Tavatanakit won the ANA Inspiration and tied for fifth in the Women’s PGA Championship. She was among those who didn’t play the Evian Championship because of the Olympics.

Korda tied for third in the ANA Inspiration and won the Women’s PGA. She was outside the top 10 in two other majors and missed the cut in the U.S. Women’s Open. Korda had a slight lead over Tavatankit, but closed with a 72 at Carnoustie and tied for 13th, earning no points.

Tavatanakit will receive the award at the LPGA Tour’s final event in November. It began in 2014 and has not had a repeat winner.

Nakajima earns a spot in the U.S. Open at Brookline and the British Open at St. Andrews next year.

“Heading into university, my goal was to be the No. 1 player in the World Amateur Golf Ranking,” Nakajima said. “My next goal is to demonstrate my abilities on the world stage with confidence and hopefully follow in the footsteps of my fellow Japanese players including Hideki Matsuyama, Nasa Hataoka, Takumi Kanaya, and Yuka Saso.”

A good year for Jordan Spieth keeps getting better. He and his wife are expecting their first child in November. ... The PGA Tour has announced two sponsor extensions. The Boeing Classic on the PGA Tour Champions extended through 2024 at The Club at Snoqualmie Ridge outside Seattle. On the PGA Tour, the Puntacana Resort & Club in the Dominican Republic announced a four-year extension. It is held opposite the Dell Match Play. ... The PGA Tour Champions will have a new event next year called the ClubCorp Classic at Las Colinas outside Dallas. It will feature 78 players competing for $2 million, along with 50 celebrities and sports stars competing separately in a Stableford competition for a $500,000 purse.

Jordan Spieth made back-to-back eagles in his second round of 62 and back-to-back triple bogeys in his final round of 79 at The Northern Trust.

“This game is hard as it is. These guys are so good as it is. If you can’t believe you can beat them, man, it’s just an uphill battle. And I just continue to believe.” — Tony Finau.