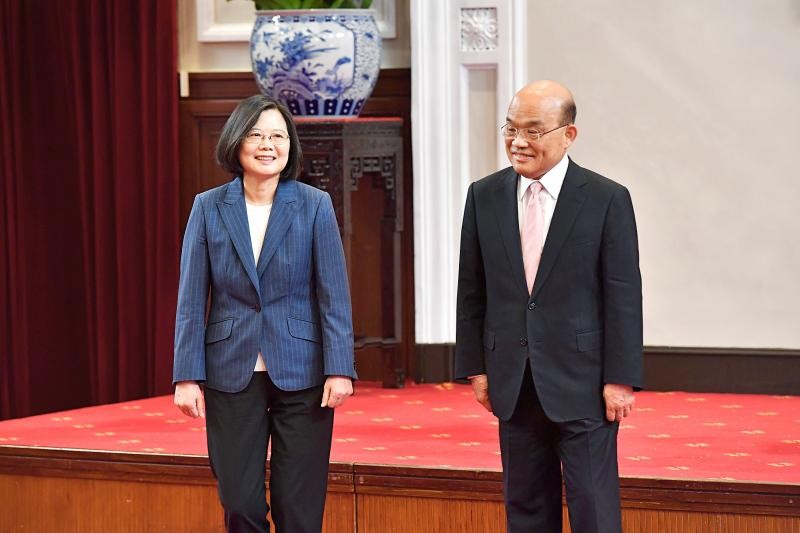 The reports suggested that several city mayors and county chiefs from Tsai’s Democratic Progressive Party (DPP) would leave their posts and join the Cabinet in September, with Taoyuan Mayor Cheng Wen-tsan (鄭文燦) allegedly to succeed Su as premier.

Attending a regular DPP leadership meeting Wednesday afternoon, Tsai said she was telling everybody that the Cabinet would not be reshuffled, CNA reported. Su’s team had been able to contain the COVID-19 pandemic and maintain the country’s economic momentum, she said.

On Wednesday, Taiwan reported the first day without a new local COVID transmission in more than three months, though one imported case and one death were registered. Despite the pandemic, the economy has been expanding, with most forecasters predicting annual growth above 5%.

A DPP spokesperson called on the media to check their reports with authoritative sources before publishing such content. Ruling party leaders accused certain outlets of having ulterior motives in spreading the reshuffle rumors.