TAIPEI (Taiwan News) — Minister of Transportation and Communication Wang Kwo-tsai (王國材) said on Wednesday (Aug. 25) that Taiwan Railways Administration (TRA) is planning not to sell standing tickets for the new EMU3000 intercity trains running on the nation's eastern railways, in addition to the first several cars of Taroko Express and Puyuma Express trains.

The Taiwan Transportation Safety Board (TTSB) on Monday (Aug. 23) published the TRA Taroko Express train No. 408 accident fact-finding report, revealing that among the 47 passengers who died, 30, or two-thirds of them, were standing ticket holders. After the report was made public, concerns have been raised about whether the TRA should have an about-face with its existing standing ticket policy, CNA reported.

The minister said that the EMU3000 intercity train, which TRA plans to put into service at the end of this year, has 538 seats, which is about 40% more than Taroko’s and Puyuma’s 372 seats. Therefore, the rail administration will not sell standing tickets for the new trains and for the first few front cars of the two existing express line trains, Wang said, adding that details of the plan are still being studied by the TRA.

The TTSB also recommended that the TRA reassess its existing policy about standing room tickets, which the board said were not necessarily unsafe, but would like to see them arranged for back cars, per CNA. 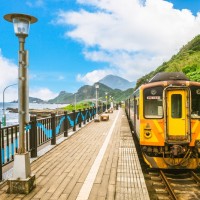