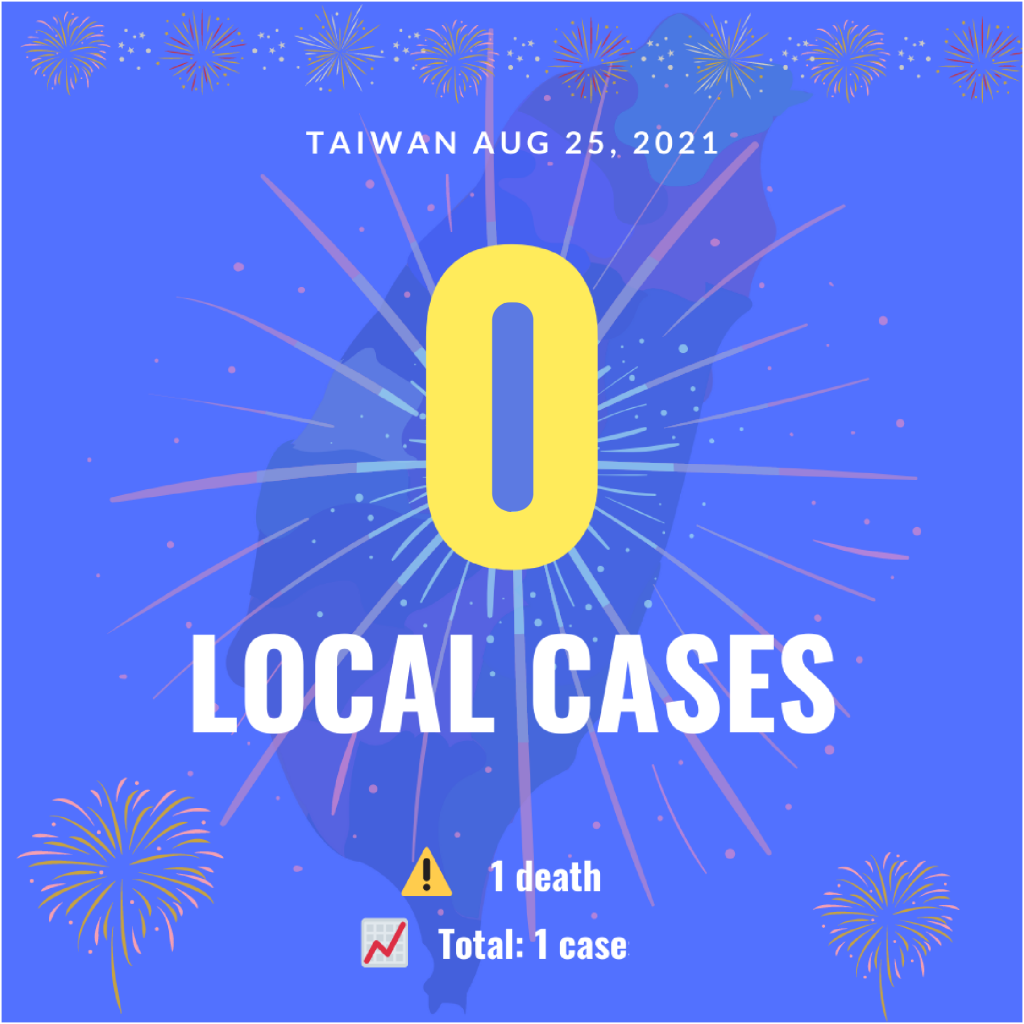 Health Minister and CECC head Chen Shih-chung (陳時中) announced one imported coronavirus case and no local infections on Wednesday. The CECC announced one death, bringing the COVID death toll to 830.

Chen said that the death reported on Wednesday, case No. 15,845, is a woman in her 70s with a history of chronic illness and contact with other confirmed cases. She was hospitalized for other reasons on July 1 and was tested for the virus due to the diagnosis of another patient in the hospital on Aug. 2.

The sole imported case that day, case No. 16,049, is a South African man in his 20s who arrived in Taiwan for work on Aug. 22. He was tested for the virus at the airport before being sent to a quarantine center and the test came back positive for COVID-19 on Aug. 24.

A total of 110 people have been removed as confirmed cases, while 14 cases are still under investigation. Up until now, 830 individuals have succumbed to the disease.

Of the 822 deaths from local infections, 409 were in New Taipei; 314 in Taipei; 28 in Keelung; 26 in Taoyuan; 15 in Changhua County; 12 in Hsinchu County; five in Taichung; three in Miaoli County; two each in Yilan and Hualien counties; and one each in Taitung County, Yunlin County, Tainan City, Nantou County, Kaohsiung City, and Pingtung County. The eight other deaths were imported cases.