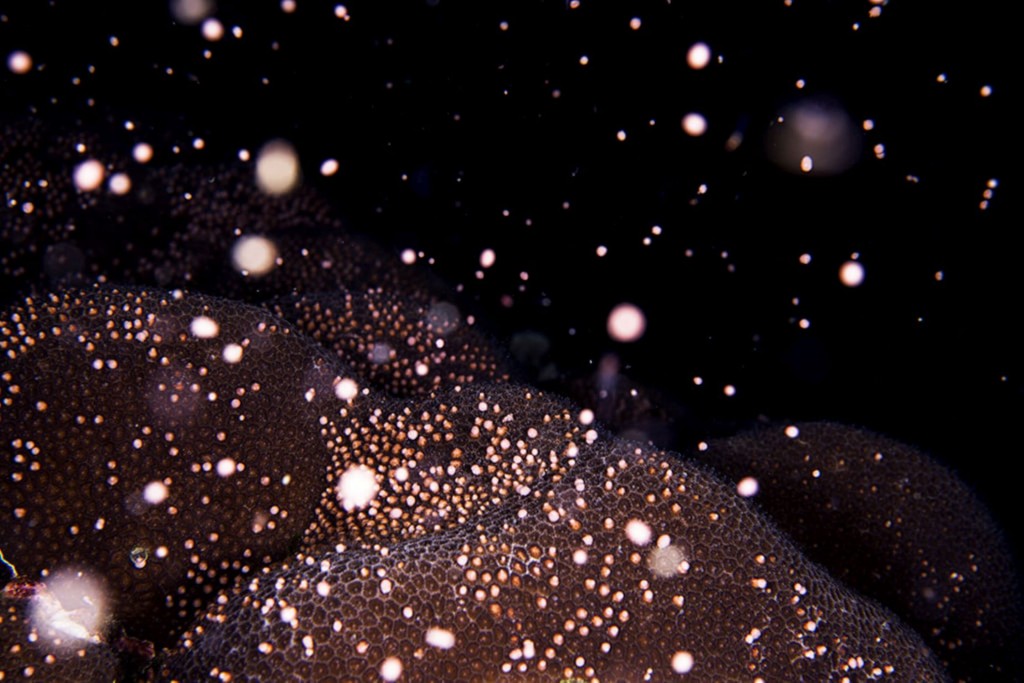 TAIPEI (Taiwan News) — A recent study led by Academia Sinica’s Biodiversity Research Center that found moonrise timing as the key factor behind coral spawning has been published in the Proceedings of the National Academy of Sciences of the United States of America (PNAS).

In the latter part of the lunar cycle, the timing of moonrise shifts to after sunset as the full moon returns to a new moon. According to Dr. Lin Che-hung (林哲宏), Dr. Yoko Nozawa, and other colleagues, test results have suggested that moonlight suppresses spawning; therefore, “this period of darkness between sunset and moonrise triggers synchronized mass spawning.”

Lin and Nozawa’s research studied a particular species of coral known as “Dipsastraea speciosa” which is found in tropical regions. However, they expect their conclusion is applicable to other coral species, as they share common spawning characteristics.

The study was jointly supported by Taiwan’s Academia Sinica and the Japan Society for the Promotion of Science.

Since the discovery of corals’ mass spawning phenomenon by Australian scientists in the 1980s, the scientific community has known that factors such as water temperature, tide, salinity levels, day length, and lunar cycle all affected coral spawning.

However, scientists were baffled by what exactly controls the synchronized release of corals’ gametes. The synchronization is crucial to the species’ reproduction and survival, as it increases the rate of fertilization.

Mass coral spawning is regarded as an exciting event by many thalassophiles around the world. It is described as an underwater blizzard, an underwater starry sky, and as “one of the most spectacular events to occur on the Barrier Reef” by an Australian government website.

Earlier this year in May, UDN and the National Museum of Marine Biology and Aquarium joined Kenting National Park to livestream the mass spawning event of corals in Kenting.