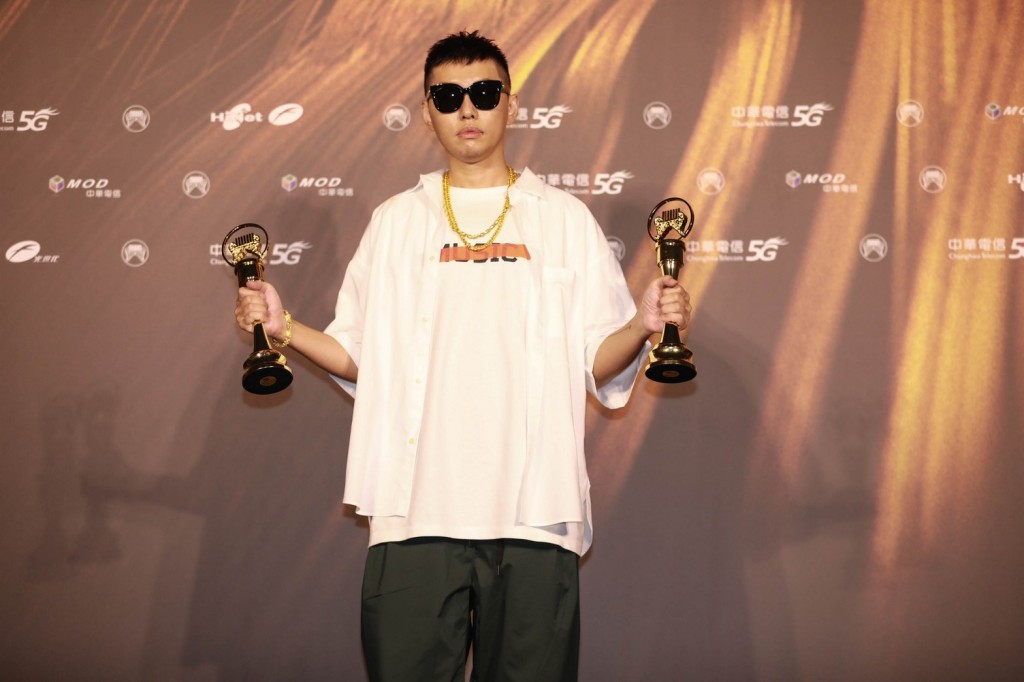 Whyte was judged the best new artist, and indie band Sunset Rollercoaster took the best band award at the 32nd edition of the GMAs. Fans could not attend the event, however, because of pandemic regulations.

Two surprise guests on the night were Kuo Hsing-Chun (郭婞淳), the outstanding Taiwan weightlifter who won gold at the Tokyo Olympics, and Yang Yung-wei (楊勇緯), who received silver in judo. They both came up to present awards.

As for album of the year, "Gain Strength," produced by Katatepan Cultural Studio and performed by Indigenous singer SANGPUY won the big prize. Musician Abao and three Indigenous presenters announced the winner.

The film soundtrack, "Your Name Engraved Herein," performed by Crowd Lu, was the golden song of the year. Yang Yung-wei and Kuo Hsing-Chun were two of the main presenters. (TTV photo)

Whyte's debut album "A Bedroom of One's Own" was a revelation and went big on Spotify where many of the songs were streamed over 1 million times. Accepting the award for best newcomer, Whyte said her music was bedtime listening.

She added her decision to pursue music when she had a job already as a medical worker was the result of listening to her heart. "People didn't understand but looking back five years, that was a turning point."

In the band's acceptance speech, lead vocalist and guitarist Tseng Kuo-hung (曾國宏) said, "We have discovered the world is big and diverse, but we have discovered our passion and love for life, so we're blessed."

Due to COVID-19, the awards ceremony only featured the winning artists. Even so, fans could cheer for their idols on several free streaming platforms.