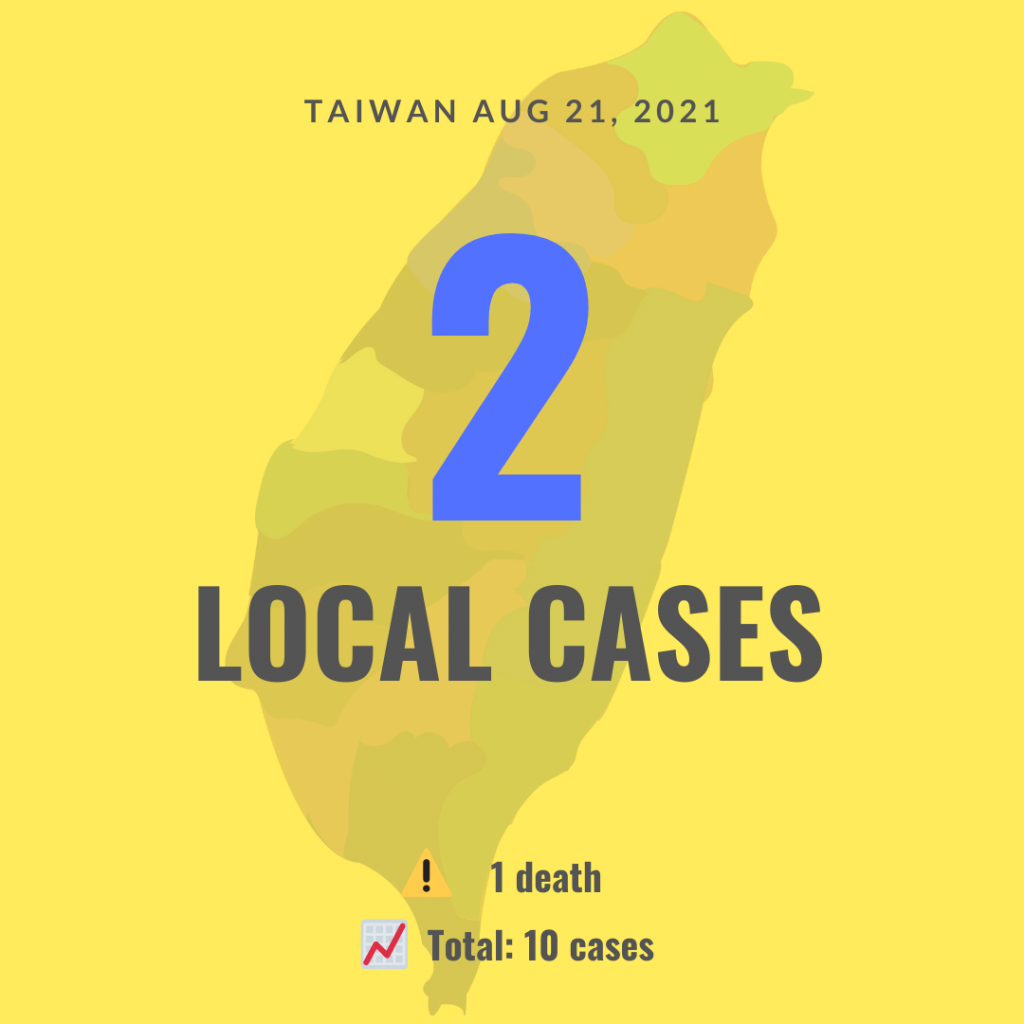 Both new local infections were recorded in New Taipei City: a man in his 40s and a woman in her 50s. They fell ill on Aug. 16 and Aug. 19, respectively, the CECC said.

Saturday's reported fatality was a man in his 60s with a history of chronic illness. He started showing symptoms of COVID including a fever on May 25 and was diagnosed with the virus on June 2.

The eight imported cases were seven men and one woman aged between 10 and 69. Three arrived from Indonesia, and one each from the United States, India, Japan, South Africa, and Albania. The arrival dates were Aug. 18 and Aug. 19, the CECC said.

Taiwan’s latest total number of 15,916 coronavirus cases included 14,496 domestic cases, 1,367 imported ones, and 828 deaths. Of the fatalities, 820 were the result of local infections, with New Taipei City registering 407 deaths and Taipei City 314.

A total of 36 COVID cases originated from last year’s journey by the Taiwan Navy’s "Goodwill Fleet," two were infected on a flight, one case was classified as unresolved, and 14 cases were put under investigation. A total of 110 earlier cases were removed from the list of confirmed cases.