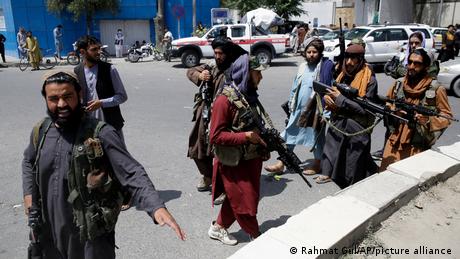 When armed members of the Afghan Taliban knocked on the door of their Kabul apartment, the family of 16 inside had crammed into the bathroom, turned off the lights and mobile phones and covered the children's mouths to keep them quiet.

They did not know what to expect, but did not want to take any risks. Two family members had already been killed in recent years and they had watched the wave of assassinations across Afghanistan over the last 12 months that the ousted Afghan government blamed on Taliban insurgents.

In Kabul alone, U.S. embassy records show 152 people died in targeted killings between December and July. The records do not attribute blame for the deaths; the Taliban, then fighting against the government, have largely denied involvement.

"My family is in fear. Every second they see a car pass up the road, they run to the washroom," said the family member, who is trying to get his relatives out of the country and appealing to multiple governments to get them visas.

"Food is limited and prices went up," he said. "The situation for my family is terrible."

The scene, recounted by a relative who lives abroad and who declined to be identified for fear of endangering the family, has been repeated in homes across the country since the Taliban seized city after city in a lightning advance.

Activists, women, former officials, journalists, ex-soldiers and members of now-defunct intelligence agencies believe they have reason to fear for their safety, despite Taliban assurances that they do not seek revenge and will give women rights.

The Taliban's brutal enforcement of their version of Islamic law the last time they were in power is one reason. Fresher in the memory is the death of scores of people working to sustain a liberal version of Islam in Afghanistan over the past year.

Social media feeds have begun featuring grainy mobile phone footage of armed men searching houses or beating people in the street. Reuters could not independently verify them, but they have added to the climate of fear among people trapped in homes looking for information online.

A Taliban spokesperson did not immediately respond to requests for comment on the door-to-door searches this week and intimidatory tactics.

At their first press conference since taking power, the Taliban said women would be allowed to work in accordance with Islamic law, that NGOs should continue to operate and that the movement was not out to settle scores.

That has done little to reassure some Afghans.

Reuters spoke to four families in hiding in Afghanistan.

One of two government officials who spoke on condition of anonymity said he and his family had tried to get on a flight out of Kabul last weekend as the Taliban were at the city gates, but they failed.

"There is no trust," he said, referring to the Taliban's public comments earlier in the week.

Thousands of people are trying to flee and Western governments have said they would work to evacuate people from Kabul, but there has been chaos in and around the airport where U.S. forces are inside the perimeter and Taliban guards outside.

Another former government official said the Taliban appeared to know details of his job and possessions when they turned up to question him. He said his car was taken and he has since gone underground.

"What we see is a campaign of intimidating people by going to their homes, looking for them," said Thomas Ruttig, co-Director of the Afghanistan Analysts Network (AAN).

"Not necessarily for arresting or killing them, but that is already scary enough, and it also shows that they have prepared lists and know which people they are looking for."

According to Ajmal Omar Sinwari, spokesman for the Afghan security forces before they were defeated, most at risk were special forces troops and police, and counter-terrorism personnel.

A Norwegian intelligence report shared with the United Nations said that the Taliban were rounding up military, police and intelligence officials, and that they would arrest family members of anyone who failed to show up for questioning.

Taliban spokespeople have not responded to requests for comment on the reports.

A women's rights activist who lives in Kabul said that most of the women she knew had tried to flee the country or gone into hiding. She added that many were trying to make their digital footprint disappear.

In a matter of days, women had stopped communicating, even privately, deleting their Facebook profiles and leaving WhatsApp groups.