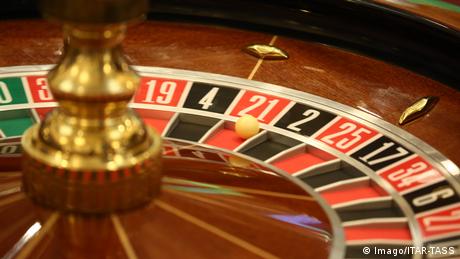 An Austrian gaming company has made what analysts describe as a "significant breakthrough" in the campaign to open the first casino in Japan, although there is still deep concern in society about the introduction of a new form of gambling.

The prefectural government of Nagasaki, in the far southwest of Japan, has awarded priority negotiation rights to the Japan unit of Casinos Austria International for the construction of an integrated resort that would include hotels, convention facilities, retail and dining outlets as well as a casino at the Huis Ten Bosch theme park.

The Austrian company fended off five rival bids for the project and expects to sign the agreement with the prefecture before the end of the month.

A 31-hectare site at the park, which is a full-scale replica of a Dutch town, has been earmarked for the integrated resort, with the prefecture committed to investing 460 billion yen (€3.59 billion, $4.2 billion) into the project.

The local government hopes the new attraction will lure as many as 9.3 million additional visitors to the prefecture, both from other parts of Japan and from overseas.

"This is a significant breakthrough for casinos in Japan as this project is now the closest to filing its application to start operations to the national government," said Joji Kokuryo, managing director of the Bay City Ventures Ltd. business consultancy.

"It's also significant because we have not seen much European influence on the casinos industry in Asia previously, with the market here traditionally dominated by companies in Macau and Singapore," he told DW.

'Fully behind the project'

And Kokuryo is confident that the administrative steps that need to be completed before Casinos Austria International can break ground on its newest project is merely a formality.

"Everyone involved in the project is very much in favor of this going ahead," he said.

"The prefecture is investing heavily because this is largely a rural area and they have an aging population, so there is a need to create new employment opportunities to keep people in the area."

Tax revenue from the casino will be a welcome addition to the prefecture's coffers, while an influx of high-spending domestic and foreign tourists will also be a financial windfall.

"The national government is also fully behind the project as integrated resorts are part of its broader regional development plans. The Nagasaki proposal has always been a safe choice and I expect they will try to push this through very quickly," Kokuryo said.

And while the Nagasaki project has strong support, the same cannot be said for other cities in Japan that are toying with the idea of opening a casino.

The city of Osaka and the Wakayama Prefecture in central Japan are both working on similar proposals for integrated resorts. The most high-profile project, however, is in the city of Yokohama, just south of Tokyo.

Here, the mood is very different and the August 22 election for mayor has largely come down to this single issue for voters.

"I would say that 70% of voters in Yokohama are against the casino plan and it really has become the number one issue in Sunday's election," said Michael Penn, executive editor of industry publication Asia Gaming Brief Nippon.

"Somewhere like Nagasaki or Wakayama are desperate for the jobs that will come with a casino, the tax income and the tourism boost that they will inevitably get," he said.

"But people in Yokohama are a little more affluent and middle class, and they don't think they need money from gambling to support the city."

Japan has already legalized gambling, with people able to wager on horse racing as well as bicycle and powerboat races, as well as the hugely popular "pachinko," a form of pinball.

Many opponents of casinos say there is no need for additional temptations for anyone who could fall prey to gambling addiction, while there is also concern that Japan's "yakuza" underworld groups would demand a cut of the action.

Of the eight candidates standing for mayor in Yokohama, six have expressed their opposition to the plan for an integrated report on derelict docks overlooking the prime waterfront district, although incumbent Fumiko Hayashi has been a vocal supporter.

The result of the election on Sunday is unlikely to impact the Nagasaki project and, if an anti-casino mayor is elected in Yokohama, that may help another candidate city to secure one of the limited number of licenses that are being issued by the government, Penn said.

"For casinos in general it has been a case of one step forward, one step back since the government passed the new legislation in 2018 that permitted casinos as long as they were part of a larger integrated resort," he said.

"Things have obviously been slowed down again by the coronavirus pandemic but the conclusion has never really been in doubt," he added.

"The industry is going forward and there will be a number of casinos around the country, the only question remains which will be the first to open."