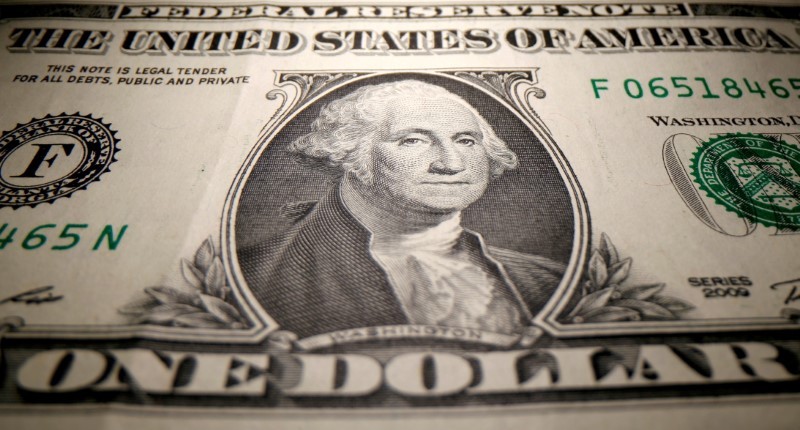 The greenback was also boosted by expectations the Federal Reserve could still start to taper stimulus this year, even with COVID-19 infections surging this month in the United States.

The dollar index , which measures the currency against six rivals, rose as high as 93.597 for the first time since early November, before trading little changed at 93.535. For the week, it's on track to gain 1.08%, the most in two months.

"Markets are unsettled by Delta’s spread and deteriorating global rebound prospects, yet the Fed continues to inch toward tapering," Westpac strategists wrote in a research report.

That has put the dollar index "in an assertive position as it breaks out to new highs," and it could top 94 later this year as a taper comes closer to becoming reality, they said.

New Zealand's kiwi dipped to a fresh nine-month trough at $0.6808 before changing hands 0.2% higher on the day at $0.68385. It has sunk 2.85% for the week, also the worst since September. The government on Friday extended a snap COVID-19 lockdown that delayed the country's central bank from raising interest rates this week.

The Canadian dollar , commonly known as the "loonie", dropped to a fresh six-month low of C$1.2832 amid a plunge in oil prices on worries about the global economy.

"Risk aversion in the air has buoyed the greenback, with pro-growth currencies bearing the brunt of it," Rodrigo Catril, a strategist at National Australia Bank, wrote in a client note.

The yen , another safe-haven currency, was flat at 109.755 per dollar, but remains in the centre of its trading range of the past six weeks.

Minutes of the Fed's July meeting, released on Wednesday, showed officials largely expect to reduce their monthly bond buying later this year, although divisions remain on the timing and pace of a taper, and whether inflation, joblessness or the coronavirus pandemic pose a bigger risk to economic recovery.

Daily COVID-19 infections in the United States have soared from fewer than 10,000 in early July to more than 150,000 in August as the Delta variant took hold.

A decline in debt purchases by the Fed is widely considered positive for the dollar as it is expected to raise U.S. government bond yields, making it more attractive for investors to hold dollar-denominated assets.

The focus for Fed watchers now is the annual Jackson Hole, Wyoming symposium, which runs Aug. 26 to 28.