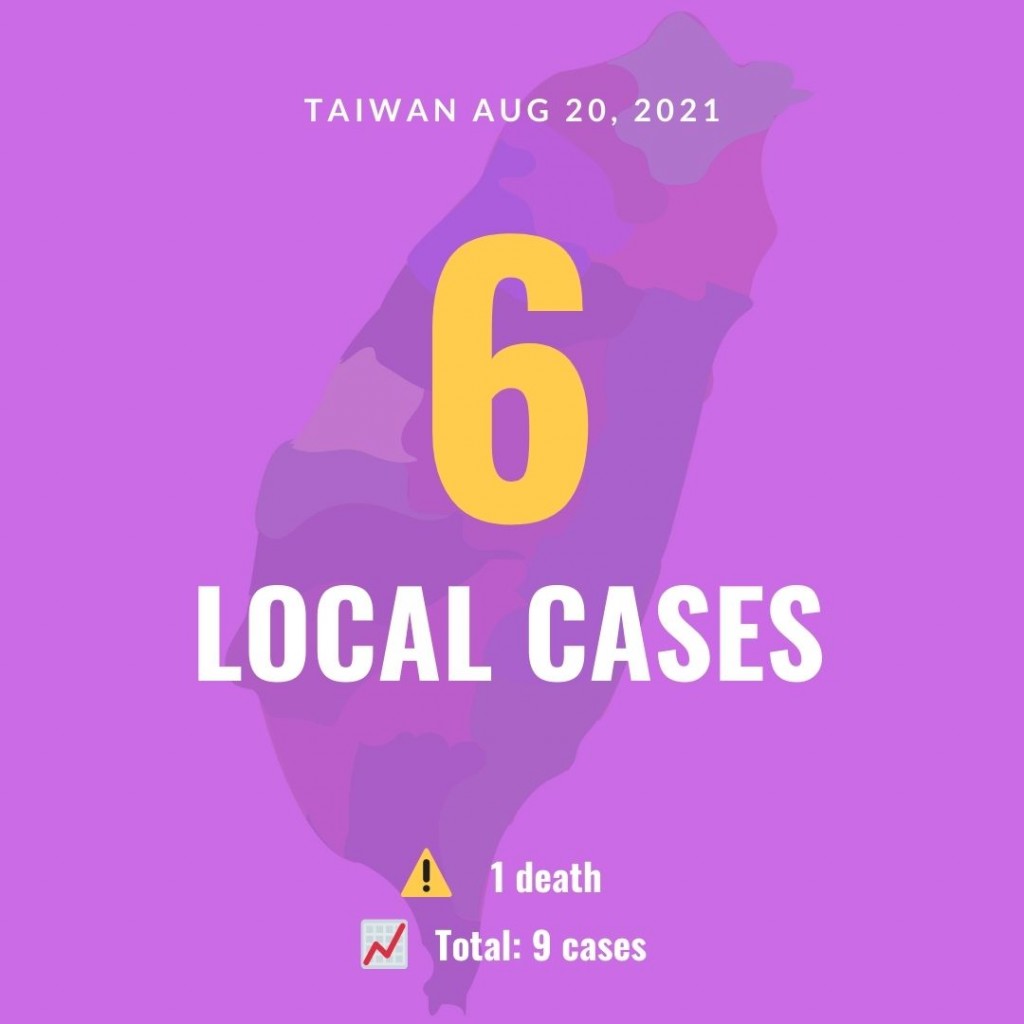 The latest local cases include four males and two females between the ages of five and 60, with three experiencing the onset of symptoms on Aug. 18, while the other three are asymptomatic. As for the distribution of these cases, three were in New Taipei City, two in Taipei City, and one in Changhua County.

Chen said that Friday's sole death, case No. 15,492, was a man in his 60s with a history of chronic disease and contact with a confirmed case. He experienced a cough on July 9 and was sent to a hospital on July 16 after he developed a fever and lost consciousness.

A total of 110 people have been removed as confirmed cases, while 14 cases are still under investigation. Up until now, 827 individuals have succumbed to the disease.

Of the 819 deaths from local infections, 406 were in New Taipei, 314 in Taipei, 28 in Keelung, 26 in Taoyuan, 15 in Changhua County, 12 in Hsinchu County, five in Taichung, three in Miaoli County, two each in Yilan and Hualien counties, and one each in Taitung County, Yunlin County, Tainan City, Nantou County, Kaohsiung City, and Pingtung County. The eight other deaths were imported cases.