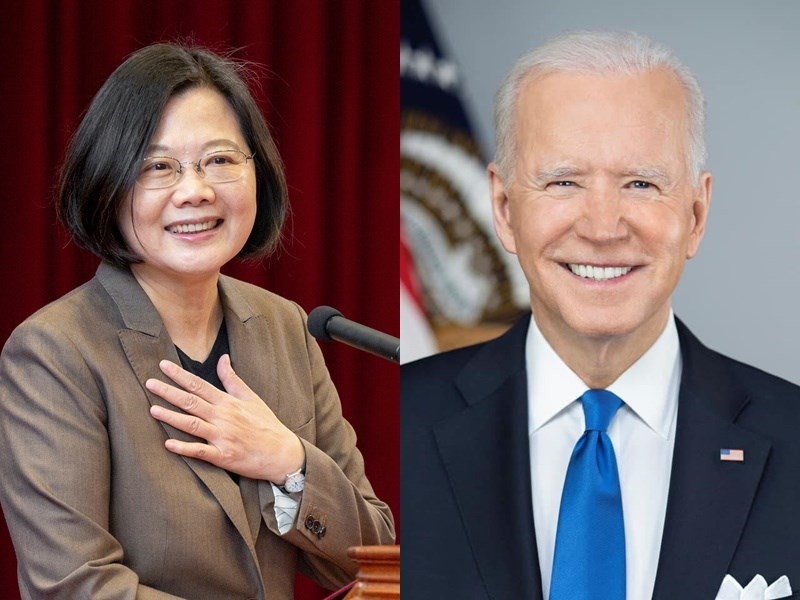 During an interview with George Stephanopoulos of ABC News on Wednesday, the host pointed out that China has exploited the situation to make comparisons between Afghanistan and Taiwan. "You can already see China telling Taiwan, 'See? You can't count on the Americans.'"

Biden reacted by saying the U.S. has made a "sacred commitment to Article Five" that if any country attacks NATO allies, "we would respond" and added that it would be the "same with Taiwan."

Presidential Office Spokesperson Xavier Chang (張惇涵) on Friday (Aug. 20) expressed the country's gratitude to Biden for the recent announcement of the first arms sale to Taiwan under his administration, which fulfills the Taiwan Relations Act and Six Assurances, demonstrating the U.S. "commitment to Taiwan is rock solid."

Chang said peace in the Taiwan Strait and Indo-Pacific region have received a great deal of international attention and discussion recently. He said this demonstrates that Taiwan "plays an indispensable role in the security and prosperity of the international community."

The spokesman reiterated that Tsai's consistent stance is "neither to succumb to pressure nor to advance rashly when we get support." He added that she emphasizes that Taiwan's only option is "to make ourselves stronger, more united, and more resolute in our determination to protect ourselves, making Taiwan's existence meaningful and more positive."