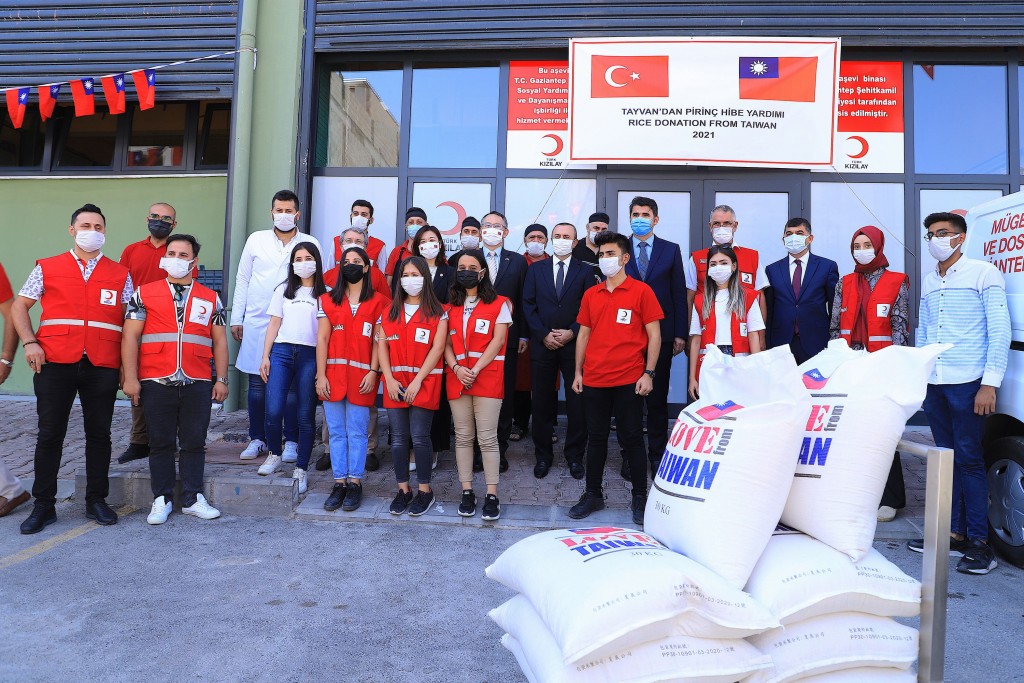 TAIPEI (Taiwan News) — Taiwan donated rice to Turkey on Thursday (Aug. 19) in a ceremony in the Turkish city of Sehitkamil, marking the country’s commitment to helping those in need.

A total of 40 tons of Taiwan-cultivated Indica rice will be cooked by humanitarian organization Turkish Red Crescent before being distributed to disadvantaged and refugees, reported CNA. The aid is expected to benefit about 800,000 people in the country bridging Europe and Asia.

This is part of Taiwan’s effort to contribute to global humanitarian causes via rice donations, with Jordan, South Africa, and Eswatini being regular recipients. The event, which coincided with World Humanitarian Day, was the first of its kind between the two countries.

Pledges like this demonstrate Taiwan’s willingness to help as an international player. Countries around the world should give a hand to Turkey, which has accepted nearly four million refugees from conflict-ridden Syria over the past decade, said Volkan Huang (黃志揚), Taiwan’s representative in Turkey.

Over the years, Taiwan has played a significant role in Turkey’s many programs dedicated to refugee relief. Examples include the government-sponsored Taiwan-Reyhanli Centre for World Citizens promoting commercial and social welfare activities for Syrian refugees, as well as the El Menahil International School in Istanbul run by Taiwan’s non-profit Tzu Chi Foundation.