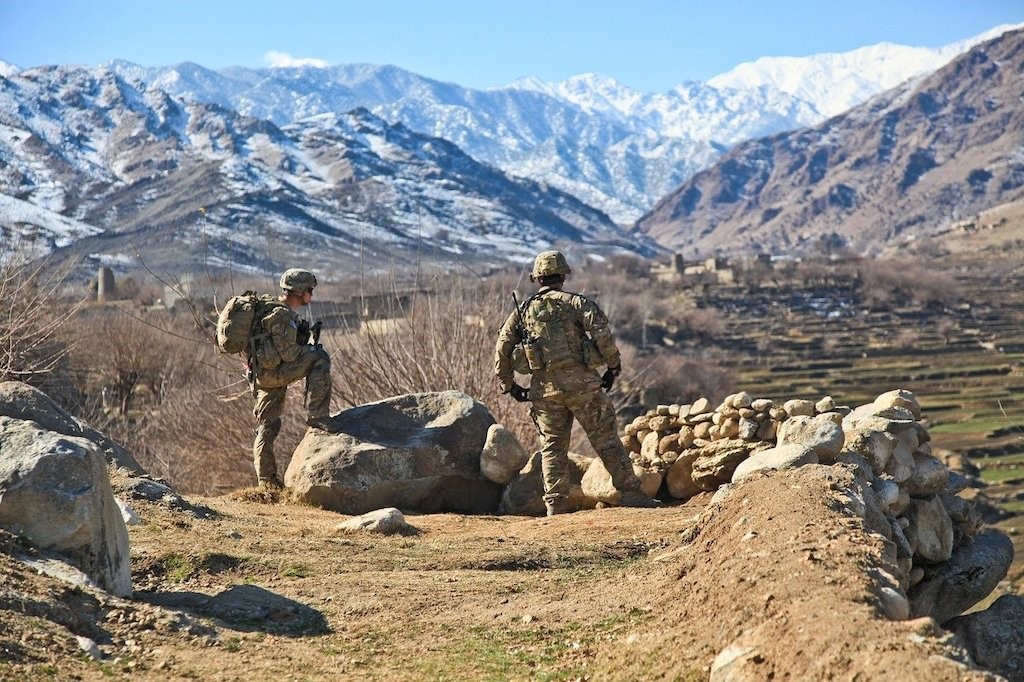 KAOHSIUNG (Taiwan News) — Despite everything else that is going on around the world with the COVID-19 pandemic and other issues, the scenes that have been coming out of Afghanistan this week have given everyone pause for thought.

The autocratic and extremist Islamist Taliban group has, in a couple of weeks, swept away the democratically elected Afghan government and many of the rights and freedoms the Afghan people have enjoyed over the past two decades.

The people of Afghanistan face a dark future, especially the women and children, who will now be subject to a brutal form of Islamic Sharia law. Little wonder we have seen such traumatic scenes of chaos and desperation at Kabul airport, as many Afghan people try to escape this fate.

It is dark moment for democracy and Western values and in many ways a self-inflicted wound since we are only seeing this Taliban advance because of the decision of U.S. President Joe Biden to withdraw the 2,000 or so U.S. troops that have been maintaining peace and stability in the region and keeping the Taliban at bay.

When freedom and democracy take a blow, you can be pretty sure where the Chinese Communist Party (CCP) regime will be. Needless to say, they were quick to take the side of the bad guys, along with the Russians.

Back in 2002, former U.S. President George W. Bush coined the phrase "axis of evil," as the U.S. went into Afghanistan for the first time in the wake of 9/11. It was questionable back then, but today a Taliban-controlled Afghanistan links Iran, Russia, and China — and the phrase has a great deal more meaning.

It goes without saying the CCP has no interest in the human rights abuses that are to come in Afghanistan or the suffering the Taliban will inflict on the Afghan people. They see the possibilities of a new ally on their border and an easy link to the Iranian oil the Chinese economy so badly needs.

So, there are clear strategic benefits for China from the U.S. withdrawal from Afghanistan. But many analysts have been quick to extrapolate other benefits for the CCP that simply don’t stand up to scrutiny.

One of the first things a lot of critics of the U.S. have said is that this decision marks the end of U.S. intervention in overseas affairs. They believe it sends a message to the likes of China and Russia that the U.S. won’t interfere if, for example, China follows through on its threat to annex Taiwan by force.

Chinese state-controlled media outlets have been especially quick to jump on this narrative, with the likes of the Global Times suggesting the time is right for a Taiwan invasion since the U.S. clearly doesn’t have the stomach for a fight. This has also been picked up by the brainwashed pro-China minority here in Taiwan with a variety of videos, messages, and memes doing the rounds mocking the U.S.

Not only is this assessment wrong, but it shows a profound lack of understanding of the different circumstances that Taiwan and Afghanistan are in.

Taiwan remains geo-politically crucial to the U.S. in a way that Afghanistan never has been. The reason for U.S. involvement in Afghanistan was quite simply to prevent the country becoming a breeding ground for terrorists that could attack Western targets.

In contrast, Taiwan is closer to home and sits on a trade route that is vital for U.S. interests to remain out of Chinese hands. It also has one of the strongest and most effective Washington lobbies of any international issue.

In recent years, both the U.S., the U.K. and the rest of the Western world more generally have shifted their trade focus toward Asia. As China-skepticism spreads, fueled by the COVID-19 pandemic and the regime's continued hostile actions, Taiwan’s importance grows in a way that Afghanistan simply doesn’t possess.

The U.S. and the Western world is also dependent on Taiwan’s semiconductor industry for so many of its vital and developing technologies. This so-called "Silicon Shield" is a major influence over the U.S. government’s desire to keep Taiwan out of Chinese hands and Afghanistan simply has no equivalent to it.

Taiwan is also one of the few bipartisan issues that Republicans and Democrats in Washington can agree on, in a way that Afghanistan never has been. The U.S. is also obliged under the Taiwan Relations Act 1979 to help Taiwan defend itself, which is not the case with Afghanistan.

If that wasn’t enough, the U.S. has also made it clear in recent days that its commitment to Taiwan remains unchanged in light of events in Afghanistan.

The Tsai Ing-wen (蔡英文) government has been clear that while U.S. support is welcome, its aim is to defend itself should China's People's Liberation Army (PLA) attempt to invade. Great strides have been made to this end in the past few years and that will continue, while Taiwan continues to build stronger relations with other like-minded democracies around the world too.

So, while the fall of Afghanistan back into the hands of Islamic fundamentalism and authoritarianism is undoubtedly bad news for the world, it does not therefore follow the threat to Taiwan is greater now than it was before. The CCP propaganda machine might want us to think so, but the circumstances in Afghanistan and Taiwan couldn’t be more different.

The condemnation that the U.S. government has received from just about everywhere, as a result of what has happened in Afghanistan over the past two weeks, could actually prove to be a boost for Taiwan in the short-term.

Biden’s "betrayal" of Afghanistan and its people, as it is being portrayed, is doing his administration enormous damage and the last thing he will want is a repeat performance over Taiwan.

It is also to be hoped that U.S. politicians and officials of all political persuasions will learn the lessons from what has happened in Afghanistan. They should put them to good use in the future to ensure that no other democratic nation falls into the hands of an extreme, authoritarian, human-rights-abusing regime again so needlessly.