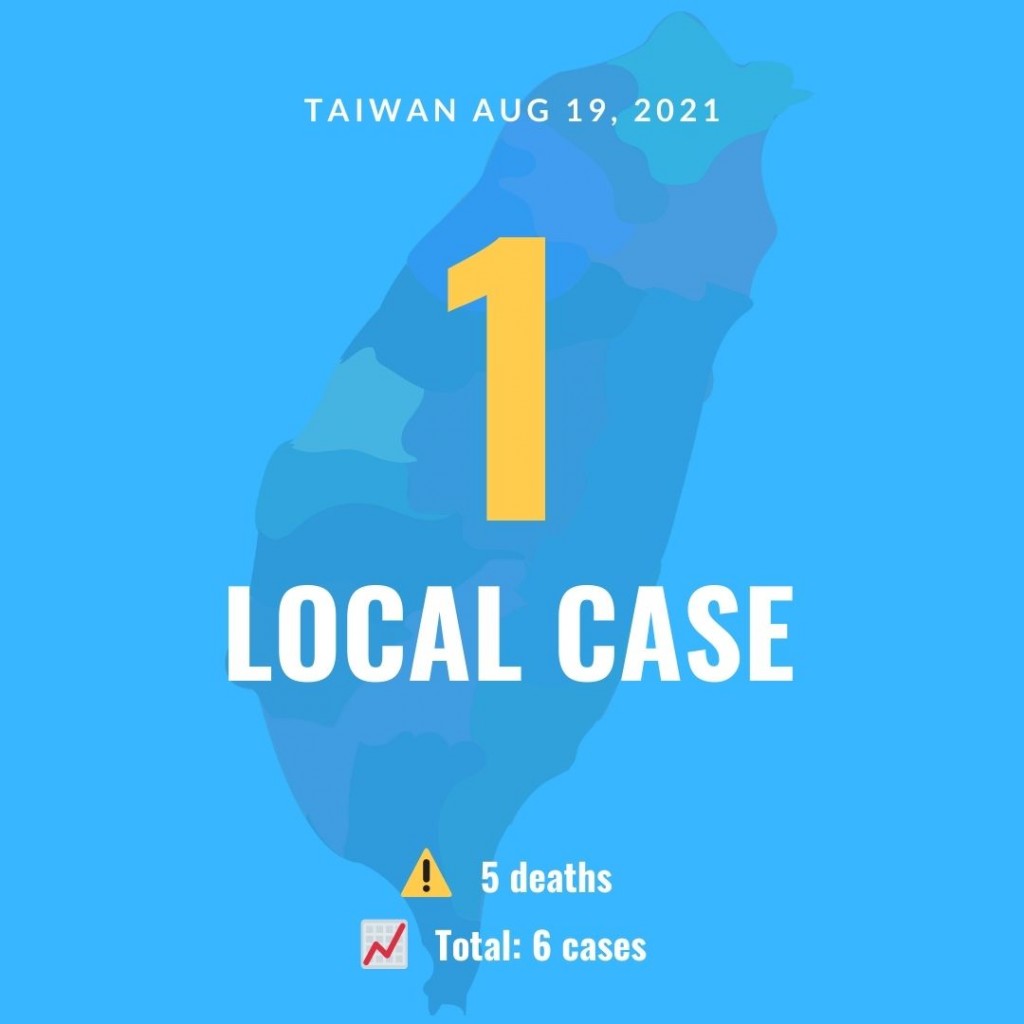 Thursday's sole local case is a Taiwanese male resident of New Taipei City in his 50s who had had not recently traveled abroad or overseas. As he was accompanying a family member who required hospitalization, he underwent a coronavirus test on Aug. 18.

On Aug. 19, he tested positive for COVID-19, with a Ct value of 22.7. He is asymptomatic and the health department has commenced an epidemiological investigation and contact tracking.

Regarding the four deaths reported on Thursday, three were men and two were women between the ages of 60 and 80. The dates of symptom onset and testing ranged from May 24 to June 13.

A total of 110 people have been removed as confirmed cases, while 14 cases are still under investigation. Up until now, 826 individuals have succumbed to the disease.

Of the 818 deaths from local infections, 406 were in New Taipei; 314 in Taipei; 28 in Keelung; 26 in Taoyuan; 15 in Changhua County; 12 in Hsinchu County; four in Taichung; three in Miaoli County; two each in Yilan and Hualien counties; and one each in Taitung County, Yunlin County, Tainan City, Nantou County, Kaohsiung City, and Pingtung County. The eight other deaths were imported cases.