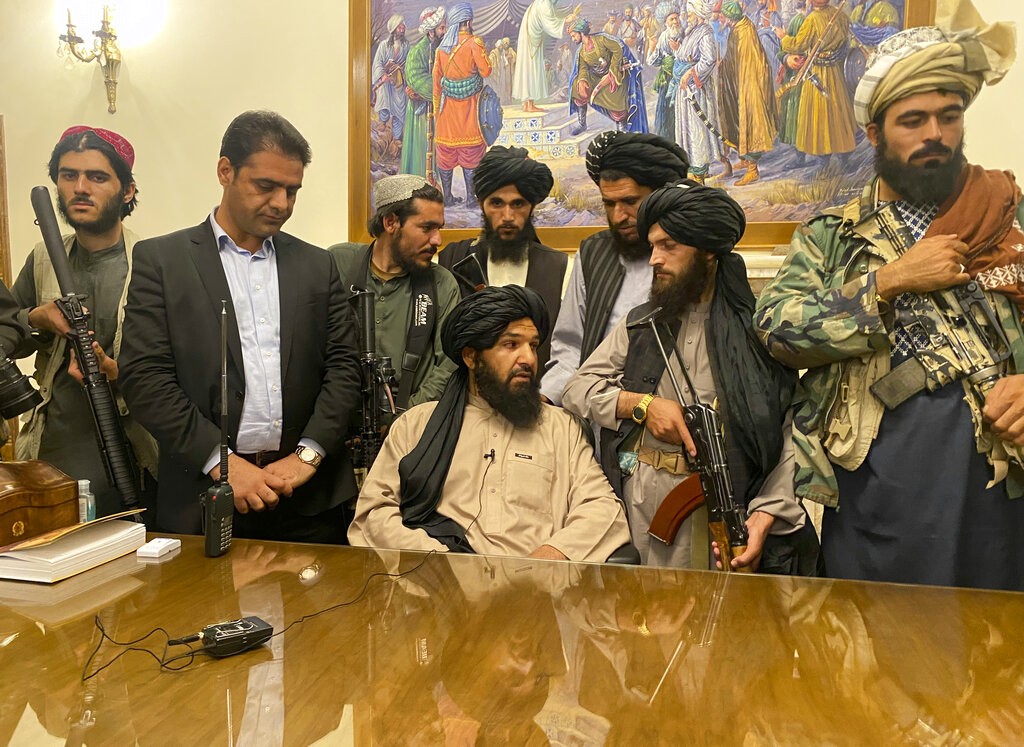 TAIPEI (Taiwan News) — Conservative commentators in the U.S. are suggesting that the fall of the Afghan government following a precipitous retreat of U.S. forces from the country will embolden China to move forward with its plans to conquer Taiwan.

Even before the unconditional withdrawal of U.S. troops from Afghanistan ordered by President Joe Biden is complete, every major city across the country has fallen like dominoes to Taliban guerillas. By Sunday evening (Aug. 15), they were in control of the presidential palace.

The New York Times on Friday (Aug. 13) cited French defense analyst François Heisbourg as asserting that the U.S. abandonment of its ally will have long-term consequences: “the notion that you cannot count on the Americans will strike deeper roots because of Afghanistan.’’ The newspaper said U.S. hesitation toward long-term military commitments "will now be felt all the more strongly among countries in play in the world, like Taiwan, Ukraine, the Philippines and Indonesia, which can only please China and Russia."

Conservative media and Republican officials have been quick to claim that the U.S. pullout from Afghanistan and fall of Kabul will embolden China to engage in aggressive military action against Taiwan. Politico correspondent Stuart Lau on Sunday evening took to Twitter to write, "Imagine Beijing watching US military “commitment” in Afghanistan while contemplating its next move on Taiwan."

Congressman Michael Waltz (R-FL), a former colonel and green beret who served multiple tours in Afghanistan, that same day tweeted: "If I were in Taiwan or Ukraine right now watching all this unfold, I would be terrified knowing this is how the United States will react under this administration." Several conservatives, including Donald Trump Jr., portrayed the Chinese Communist Party (CCP) as "licking their chops" at Taiwan after witnessing the actions of a "weak U.S. administration."

Political scientist Jasmin Mujanovic posted a tweet in which he stated that Afghanistan is a "warning to all vulnerable, emerging democracies; Ukraine, Taiwan, BiH, Kosovo etc." He wrote that in worst-case scenarios, "great power promises mean nothing," and that in the end only "hard power capacities & consolidated, formal alliances matter."

Also on Sunday, the Weibo account for the Chinese state-run newspaper the Strait Herald posted a commentary in which it warned Taiwan: "don't trust the United States too much, look at Afghanistan today." The state-operated China Affairs alleged that after the U.S. abandonment of Afghanistan, Taiwanese netizens "believe that the U.S. will abandon Taiwan without hesitation once a war breaks out in the Taiwan Strait."

If I were in Taiwan or Ukraine right now watching all this unfold, I would be terrified knowing this is how the United States will react under this administration.

Whatever China’s timeline was before on trying to seize Taiwan, we all know they’re licking their chops now knowing that there will never be a weaker US administration in power. This isn’t a partisan issue. We’ve got to get tough before things really escalate. https://t.co/uUWty0GgwS