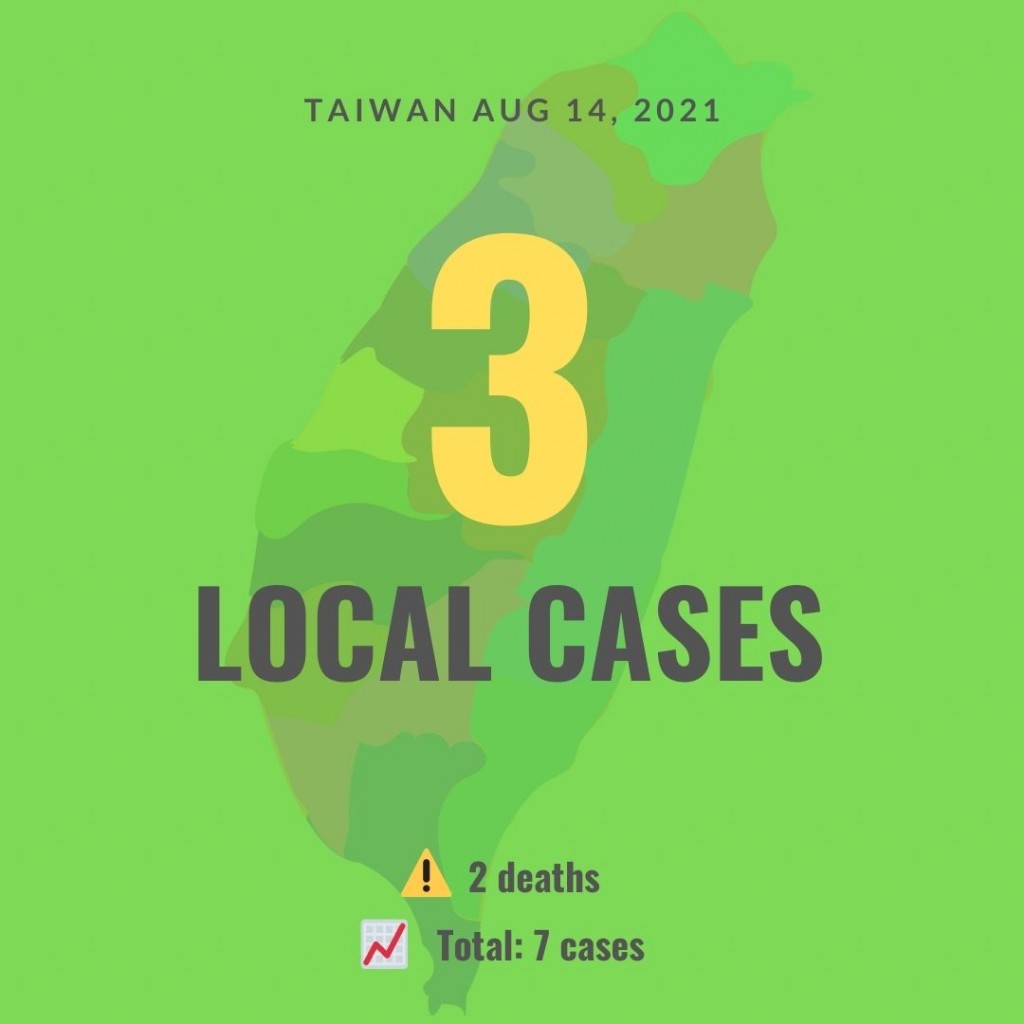 Two of the new cases were recorded in New Taipei City, and the third was in Taipei. Of the new local cases, one was a man and two were women, ranging in age between 30 and 69. All of them fell ill on Thursday (Aug. 12), the CECC said.

The two deaths were a man in his 50s and a woman in her 90s. The man suffered from chronic illnesses and started showing symptoms of COVID on May 17.

He was diagnosed with the virus on May 23. The woman first reported symptoms on June 3, was taken to a hospital on June 5, and tested positive on June 7, according to the CECC.

The four imported cases arrived separately from the Philippines, Vietnam, Indonesia, and Russia in late July and mid-August. A woman from the Philippines in her 40s who arrived July 30 and a Taiwanese woman in her 20s arriving from Russia on July 31 were both asymptomatic.

The two other imported cases, a Vietnamese sailor in his 50s who traveled from Indonesia on Aug. 13 and a Taiwanese man in his 20s arriving from Vietnam on Aug. 12, had fevers when they disembarked.

A total of 36 COVID cases originated from the Taiwan Navy’s "Goodwill Fleet," two were infected on board a flight, one was classified as unresolved, and 14 are under investigation. A total of 110 earlier cases were removed from the list of confirmed cases.