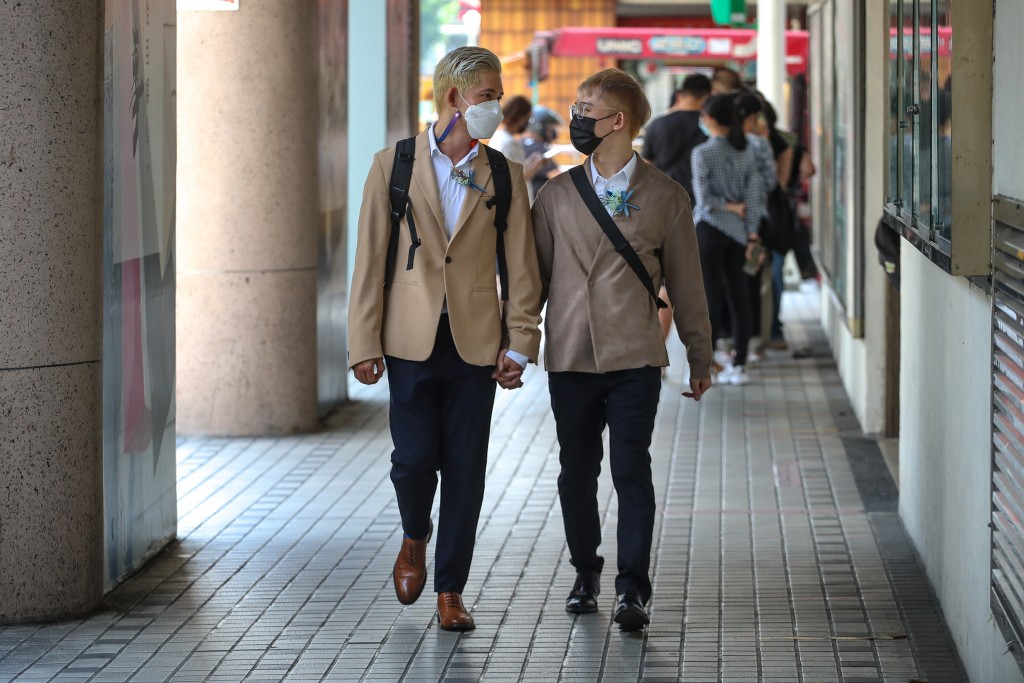 TAIPEI (Taiwan News) — Taiwanese citizen Shinchi (信奇) and his Macau partner Guzifer (阿古) registered their marriage on Friday (Aug. 13) after taking their case to court and winning in May.

Taiwan’s household registration office had denied the couple’s request for marriage registration because same-sex marriage is illegal in Macau. On May 6, the Taipei High Administrative Court ruled in Shinchi and Guzifer’s favor and said that since Guzifer primarily resides in Taiwan, Taiwanese law should apply, CNA reported.

The Taiwan Alliance to Promote Civil Partnership Rights (TAPCPR) has long endeavored to help transnational gay couples fight for their right to marry, and Shinchi and Guzifer's case is one among many.

TAPCPR Secretary General Chen Chih-chieh (陳至潔) said some couples go through sex reassignment just to marry, or break up, fall ill, and miss the opportunity to see dying family members before they are able to marry. The government should rectify flawed policies as soon as possible, she added.

After exchanging rings with Shinchi, Guzifer said their marriage had been delayed more than two years due to official obstacles that have no legal basis, which shows that despite the legalization of same-sex marriage, Taiwan is still far from achieving marriage equality. Despite finally being able to marry, an emotional Guzifer said it was difficult to be truly happy because so many others are still fighting for their rights.