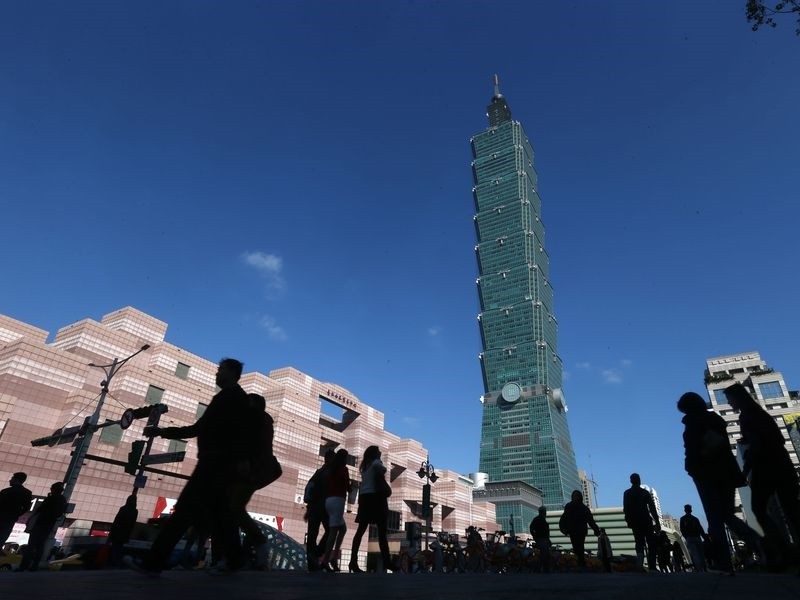 TAIPEI (Taiwan News) — Taiwan’s Gold Card program, highlighted by the government as a way to bring in high-caliber foreign talent, is currently at a crossroads as some holders repatriate to North America and Europe.

Pandemic fatigue is one factor, especially as Taiwan in May went from a bubble of normalcy to near lockdown. Another problem is that finding relevant work can be difficult for foreign professionals in the country, even if they are highly qualified.

First launched in 2018, the Gold Card program allows those the government deems to be high-end workers in fields like science, technology, or the arts to apply for an open work permit and residence visa. This allows them to live in the country without employer or family sponsorship — like an Alien Permanent Residence Certificate (APRC).

In 2020, nearly 1,400 gold cards were issued, up from 358 the year before, according to official statistics. The most popular category for the program is “economy,” which provides a gold card to those making above US$67,000 (NT$1.86 million) a year.

It has been well documented that in 2020, the card allowed for the Taiwanese-American diaspora to temporarily reside within Taiwan as the U.S. battled wave after wave of COVID-19. Data from Taiwan's Immigration Agency show just how quickly these cardholders left when Taiwan finally had a serious COVID outbreak of its own.

Nearly 50,000 foreigners, nationals without household registration, and Hong Kong and Macau residents left Taiwan between April and June, compared to just over 35,000 between January and March. Of this same category, nearly 76,000 entered Taiwan during the last quarter of 2020.

Nonetheless, Eden Lien, deputy director of the Gold Card Office, told Taiwan News that there is still interest in the program. According to Lien, there were 2,000 applications in the first half of the year, more than double the number in the same time period last year, and the office still receives a constant stream of inquiries.

However, as Taiwan’s border controls remain extremely strict, with a mandatory 14-day hotel quarantine even for the fully vaccinated, only around 55-60% of the new Gold Card holders have arrived.

Alex Au Yeung, a professional with experience in technology, finance, and aviation, is one of the Gold Card holders that stayed behind in Taiwan but has trouble getting employed locally. Yeung entered via the economy category (he cites the “ambiguity” of the other categories as a reason), usually favored by those who have remote jobs and a Western salary, but has not been able to find employment that would meet the criteria of being paid at least NT$1.86 million a year.

“The categories of talents set by the various ministries and departments are different, and the provisions are complicated and general, which only leads to inconvenience for foreign citizens,” Ho Chih-Yung (何志勇), a spokesperson for the Kuomintang (KMT), told Taiwan News.

According to Yeung, who has spoken with numerous other Gold Card holders, only a minority of them have found direct employment in Taiwan’s private sector. Many others work remotely for companies outside of Taiwan or as independent consultants because Taiwanese firms are reluctant to hire them on a full-time basis.

Tied up in red tape

“That private industry still does not appear to be in sync with the government with respect to the hiring of foreign talent has been quite surprising. Having stayed here for a while, I think cultural and organizational inertia is a large contributor,” Yeung says.

The KMT’s Ho says the Gold Card program has been hamstrung by red tape. As an example, he pointed to Taiwan-based American YouTuber Hailey Jane Richards, who complained that her professional talent agency had trouble with the application process. Richards’ application was approved in February, according to the NIA.

Ho also says the income-based requirement results in an overrepresentation of Americans, as the salary figures are largely in-line with a U.S. standard.

“This phenomenon leads to the fact that when income is used as the criterion for obtaining a Gold Card, the actual average income of the people in each country will be ignored, making the classes that can reach this threshold vary greatly from country to country.”

Despite the challenges of finding suitable full-time work in Taiwan and the travails of the pandemic, Yeung is still trying to make the program work.

“If we ever leave, it is because of a lack of career development opportunities rather than Taiwan’s handling of COVID or the quirks of how things work here in general,” Yeung said.