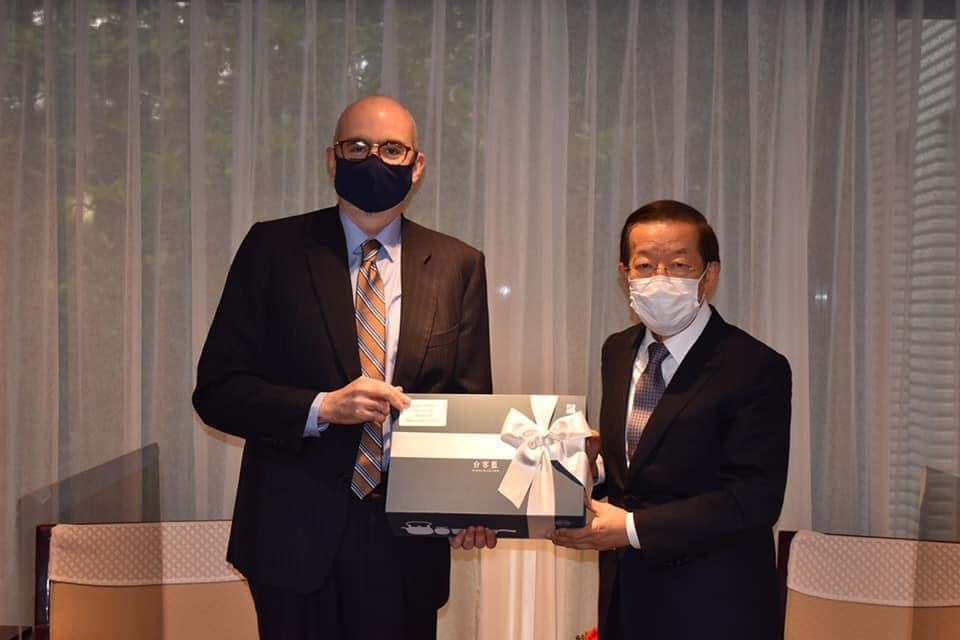 Hsieh said that Greene, the former deputy director of the American Institute in Taiwan, stopped by Taiwan’s representative office in Tokyo on Thursday. The visit was described as a pleasant surprise since he is a good friend of Taiwan, CNA cited Hsieh as saying.

The two diplomats shared their thoughts on the future expansion of trilateral cooperation between Taiwan, the U.S., and Japan. Hsieh mentioned the first Taiwan-US-Japan strategic forum was held in Tokyo last month, which was a good start.

The Taiwan representative added that he looks forward to more collaboration with the U.S. and Japan in the future to promote prosperity and development in the Indo-Pacific region.

Greene tweeted, “It was a pleasure to discuss areas for U.S.-Japan-Taiwan collaboration such as the Global Cooperation and Training Framework with Hsieh.” He praised Taiwan as “a democratic role model, an important security and economic partner, and a force for good in the world.”

Greene was picked by the Biden administration in June to replace Joseph Young as the charge d’affaires at the U.S. embassy in Japan.