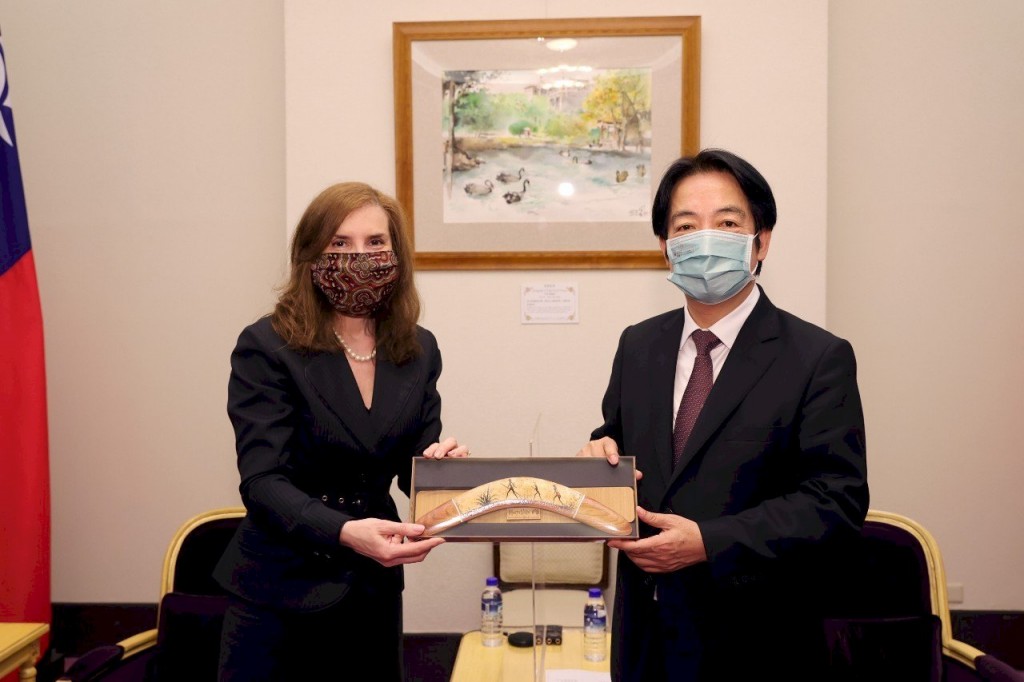 Tsai said that Bloomfield has been working hard to expand Taiwan-Australia relations and promoting non-governmental exchanges, adding that the two nations share similar ideals and values, the Liberty Times reported. She thanked the Australian government for actively supporting Taiwan’s international participation and publicly expressing the importance of stability in the Taiwan Strait.

The president remarked that Taiwan will continue to work with Australia and other like-minded countries to promote stability, security, and prosperity in the Indo-Pacific. Tsai also said she hopes Australia will keep supporting Taiwan on the world stage.

The president said the two countries have made great strides on education, technology and information security, and economic and trade investment cooperation. She added that she looks forward to strengthening the regional supply chain and promoting a sustainable, balanced economic recovery model.

Tsai said she hopes the two countries can start negotiations on an economic cooperation agreement as soon as possible.

Bloomfield met with Taiwan Vice President Lai Ching-te (賴清德) on Aug. 5. During the meeting, he said that both sides are “committed to playing a central role in safeguarding democratic values while promoting peaceful development in the region.”