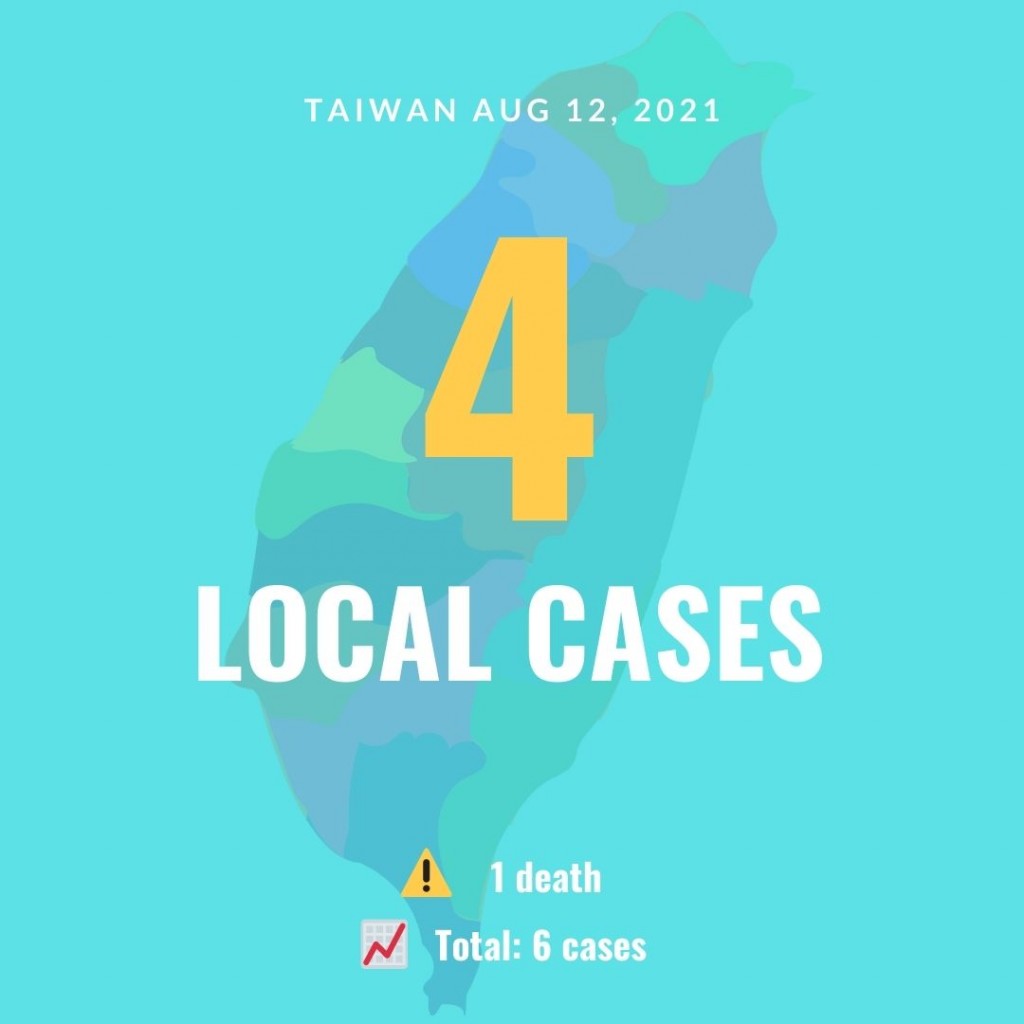 The latest local cases include three men and one woman between the ages of 20 and 50, with the dates of symptom onset and testing ranging from Aug. 4-9. Three of the cases were in Taipei and one was in New Taipei City.

According to Chen, the two imported cases reported on Thursday included an American woman in her 20s who had been vaccinated in the U.S. prior to arriving in Taiwan on Aug. 4 for work. While undergoing quarantine in an epidemic prevention hotel, she developed a cough and an abnormal sense of taste.

The health department arranged for her to be tested, and on Aug. 12 she was diagnosed.

Case No. 15,928 is a British man in his 60s who has lived in Taiwan for a long period of time and had already been vaccinated for COVID-19.

He traveled to Russia for work on July 17 and on Aug. 10 returned to Taiwan, with his test at the airport coming back positive for COVID-19 on Aug. 12. Two contacts have been listed in his case, including his travel companion and an epidemic prevention vehicle driver.

A total of 108 people have been removed as confirmed cases, while 14 cases are still under investigation. Up until now, 817 individuals have succumbed to the disease.

Of the 809 deaths from local infections, 402 were in New Taipei; 311 in Taipei; 28 in Keelung; 24 in Taoyuan; 15 in Changhua County; 12 in Hsinchu County; four in Taichung; three in Miaoli County; two each in Yilan and Hualien counties; and one each in Taitung County, Yunlin County, Tainan City, Nantou County, Kaohsiung City, and Pingtung County. The eight other deaths were imported cases. 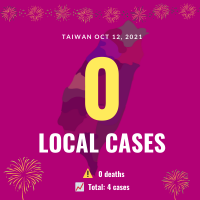