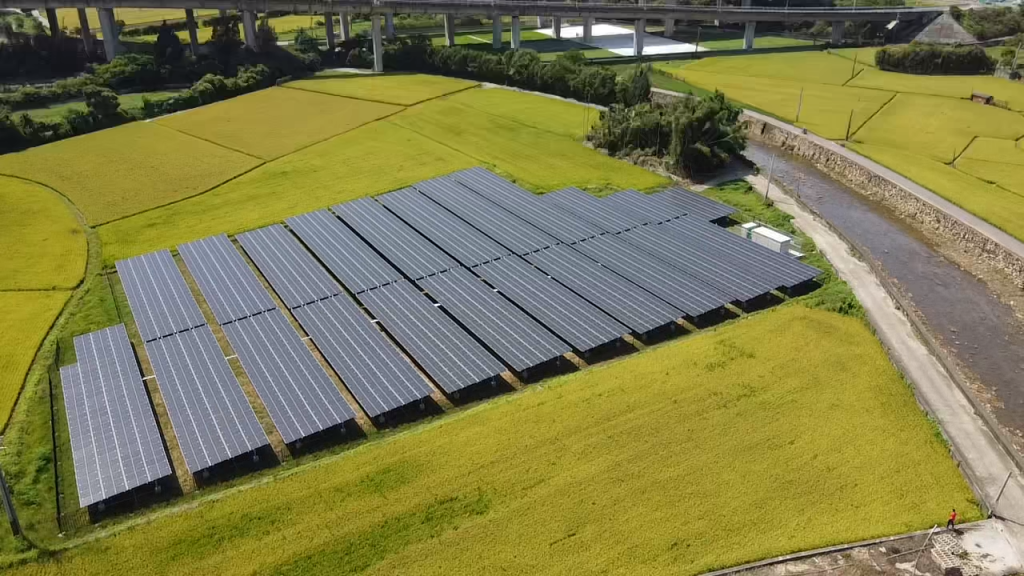 TAIPEI (Taiwan News) — Sunseap, a Singaporean solar energy system developer and operator, is expanding its operations in Taiwan and will embark on at least five new projects for the rest of 2021, according to a statement by the company released on Wednesday (Aug. 11).

“Sunseap celebrates the third anniversary of our operations in Taiwan this year and we are glad to see good progress in our efforts to get businesses to include renewable alternatives in their energy mix,” said Ow Wei Pin, Sunseap Taiwan’s senior manager of business development.

There are several projects the company is rolling out, including the first rooftop solar energy systems to be deployed on basketball courts, which will be at two schools in New Taipei City. It will also install the first ground-mounted solar photovoltaic (PV) project in Taitung County and a rooftop installation project on a commercial building in Yilan County.

The company also has plans for a 1 MWp solar farm in Houlong East, Maoli County.

Indeed, Miaoli is where Sunseap cut its teeth when it first began in Taiwan.

Rugged terrains marked by broken, uneven land surfaces and steep drop-offs made the going hard for its technicians who installed solar equipment at two farms in the northern and southern ends of the county. Their operation in western Miaoli was in a more accessible location, and the local team saw the project completed in a record time of one month.

Despite facing tough conditions, the firm completed three solar farms in Miaoli on schedule. The three projects’ cumulative output is 2.7 MWp, and they were all commissioned under Taiwan’s Taipower FiT (Feed-In Tariff) system.

Ow believes the experience gained in Miaoli will help the company going forward. “We had to deal with difficult terrains and less than ideal locations,” he said, “[but] it will put us in good stead to work on other projects with similar challenges.”

In 2016, Taiwan’s government announced a national renewable energy target of 20% by 2025, with plans to install 20 GW of solar energy by 2025. Starting operations in Taiwan in 2018, Sunseap has been instrumental in building out the infrastructure solutions needed for Taiwan to reach this goal.

Coal-fired power plants have been Taiwan's main power source for many years. As these aging structures start to be decommissioned, the timing was ideal for a switch to clean energy.

Sunseap Group has extensive operations across other countries in the region, including in Vietnam, Cambodia, China, Japan, Thailand, and Malaysia.