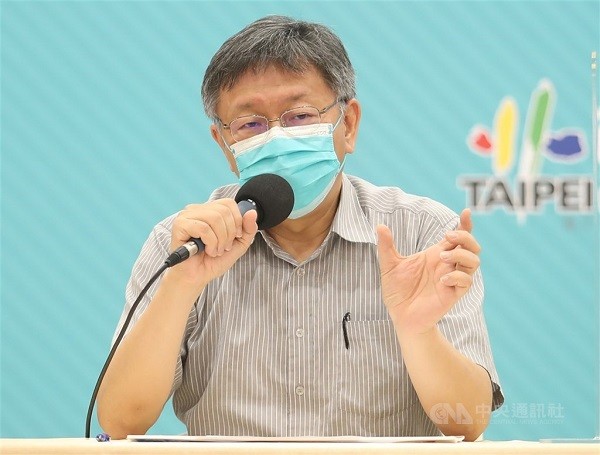 TAIPEI (Taiwan News) — Taipei Mayor Ko Wen-je (柯文哲) on Monday (Aug. 9) advised against going to the U.S. to receive COVID-19 shots, citing statistics that since July, eight Taipei residents were diagnosed with the disease after they returned.

The mayor said during Monday’s COVID-19 briefing that vaccines require 10-14 days to start working. Since tens of thousands of Americans get COVID daily, the chance of contracting the disease on the trip before the vaccine kicks in is high.

A couple of months ago, vaccines were hard to come by in Taiwan, so rich Taiwanese filled up flights to the U.S. to get vaccinated.

However, Ko pointed out that an investigation showed in Taipei alone, eight people were confirmed with the disease after returning home from the U.S.

The mayor concluded that at this time, Taiwan is safer than the U.S. and it's better to avoid traveling there to get vaccinated.