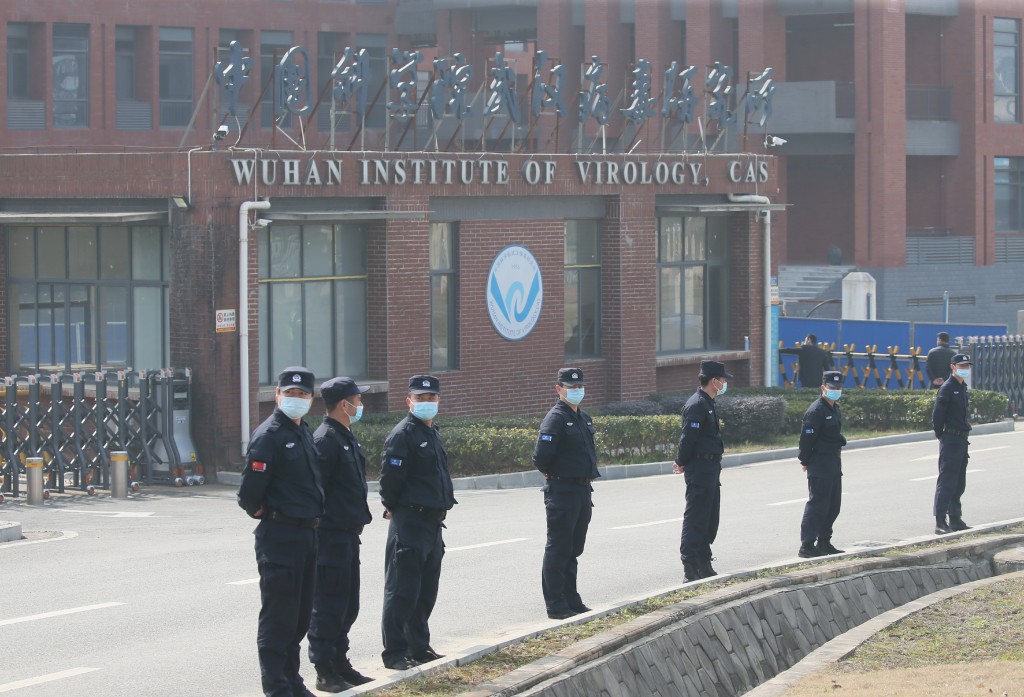 TAIPEI (Taiwan News) — A report released by U.S. House Republicans earlier this month has concluded that the "preponderance of evidence" points to COVID-19 leaking from one of the Wuhan Institute of Virology (WIV) labs in early September 2019 at the latest.

On Aug. 2, Mike McCaul (R-TX), the lead Republican on the House Foreign Affairs Committee, released an 84-page report on the origins of COVID. The report dismissed the infamous Huanan Seafood Wholesale Market as a source of the outbreak and concluded that "the preponderance of the evidence proves the virus did leak from the WIV and that it did so sometime before September 12, 2019."

Rather than the Biosafety Level IV (BSL-4) lab most frequently mentioned in debates over the WIV's new campus, the report focused on its headquarters at the institute's original location in Wuhan's Wuchang District, where BSL-2 and BSL-3 labs are situated. The report states it was there that the WIV's lead researcher Shi Zhengli (石正麗) — also known as "Bat Woman" — had conducted gain-of-function experiments on bat coronaviruses in the years leading up to the pandemic.

The report pointed out that there have been a number of reports of safety concerns regarding the WIV facilities, including a warning by George Gao, the director of the Chinese Center for Disease Control and Prevention of the dangers of "synthetic bat-origin SARS-like coronaviruses" that have acquired the ability to infect human cells. The document then listed a number of maintenance and repair projects undertaken at the WIV in 2019, including a hazardous waste treatment system renovation project.

On Sept. 12, 2019, the WIV's public database of 22,000 samples and virus sequences gathered from bats and mice was suddenly and inexplicably taken offline. To date, the database has yet to be made public again, with Shi giving contradictory accounts as to why it went offline.

An analysis of satellite imagery over the two-and-a-half years prior to Dec. 19, 2019, found that parking lots at the six hospitals closest to WIV headquarters were at their fullest in September and October of that year. During this period, Wuhan-based searches for the terms "cough" and "diarrhea" on Chinese search engine Baidu also began to climb.

China's state-run media reported in January of 2020 that People's Liberation Army (PLA) Major General Chen Wei, an expert in biology and chemical weapon defense, was dispatched to Wuhan to take the reins at the WIV's BSL-4 lab. However, the report cited testimony from a former senior U.S. official as saying that Chen had actually begun overseeing the lab in late 2019, possibly indicating the Chinese Communist Party (CCP) was aware of the outbreak even earlier.

The authors of the report asserted that "it is reasonable to conclude" that based on the WIV's work manipulating bat viruses and the events in September, lab scientists had become infected with either a natural virus collected from the wild or one that had been genetically manipulated. The infected researchers then likely spread the virus while taking shuttle busses or the Wuhan Metro Line 2, which serves the WIV, Wuhan CDC, Huanan Seafood Market, and Wuhan International Airport.

The 2019 Military World Games, which took place that October and included 9,308 athletes from 109 countries, was identified by the report as a possible international superspreading event. The report cited an athlete from Luxembourg who referred to Wuhan as a "ghost town" and a Canadian competitor who said that he and 60 teammates had fallen ill, experiencing symptoms such as "fever, chills, vomiting, insomnia," and were isolated on the return flight.

The report concluded that in the opinion of the committee's Republican members, the scope of information available, documented attempts by China to "obfuscate, hide, and destroy evidence," and the dearth of physical evidence to the contrary proves that "SARS-CoV-2 was accidentally released" from a WIV facility at some point before Sept. 12, 2019. It stated that the virus could either have been obtained from nature or genetically manipulated and suggested it had been collected from a cave in Yunnan Province between 2012 and 2015.

The Chinese Foreign Ministry on Aug. 3 responded to the report by saying it is "totally based on concocted lies and distorted facts without providing any evidence, and is not credible or scientific." The ministry then followed Beijing's tactic of diverting attention to U.S. research on coronaviruses: "Why don't the congressmen find out if there is such research at home and whether or not it may have created the novel coronavirus?"

An order issued May 26 by President Biden calling on the intelligence community to provide a report on the origins of COVID-19 after 90 days is due on Aug. 24.