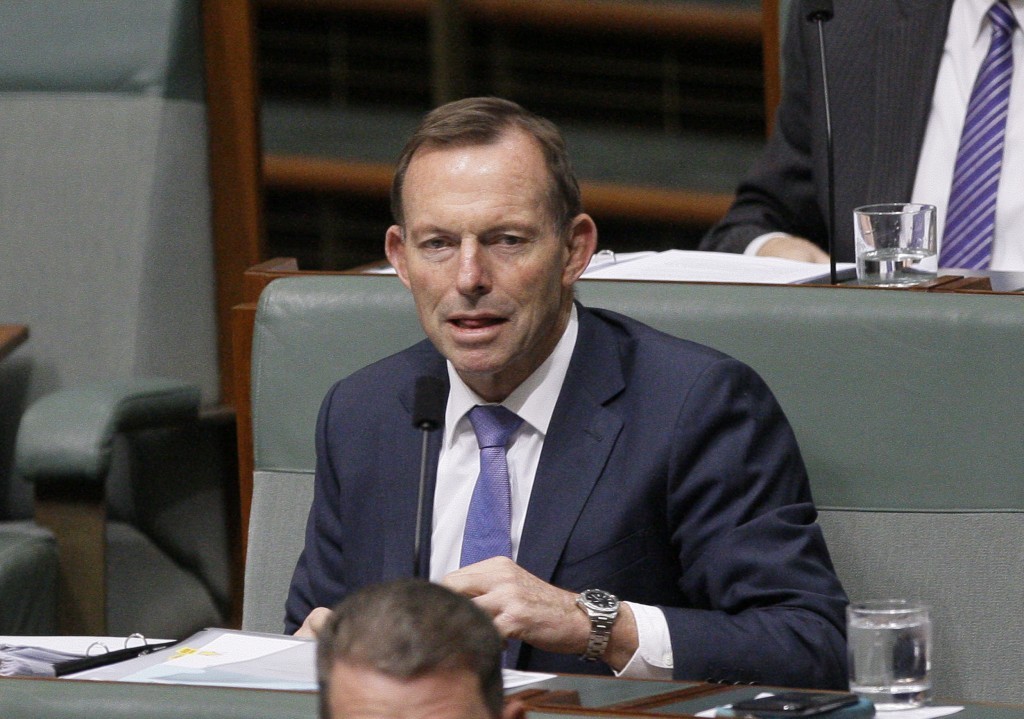 In an opinion piece published by The Australian titled “India the sensible substitute for belligerent Beijing,” Abbott said that China has taken advantage of the kindness and optimism of Western countries by stealing technology and undermining their industries. The communist country has relied on its economic power to build up its military and is now “spoiling for a fight over Taiwan,” The Australian quoted him as saying.

The former prime minister added that the West used to believe that as long as Beijing was included in global trade, its increasingly liberal economic policies would lead to political freedoms. However, this has not happened, Abbott pointed.

He added that Taiwan has a pluralistic democracy, which is proof that there is no "totalitarian gene" in Chinese DNA, the Liberty Times reported.

Rather than continued dependence on China, Abbot called for closer ties with India via a bilateral trade deal. India is Australia's seventh-largest trade partner, with bilateral trade totaling approximately US$30 billion (NT$834.90 billion) every year, per The Australian.

Once such an agreement is inked, it will have a long-term beneficial impact on both countries’ economies and demonstrate that the democratic world is moving away from China, Abbott said.

During his tenure as prime minister from 2013-2015, Abbott often described India as an "emerging democratic power." He pointed out that India follows the rule of law and is already the world's second-largest producer of steel and pharmaceuticals.

The South Asian nation can replace China in the global supply chain, he added.

Abbott also said that the leaders of Quadrilateral Security Dialogue (QUAD) member states (the U.S., Australia, India, and Japan) will meet in person at the end of this year for the first time.

Additionally, India has invited Australia and the other QUAD nations to participate in this year’s Malabar joint military exercise. This multilateral exercise will show the determination of democratic countries to defend freedom and openness in the Indo-Pacific region, he said.