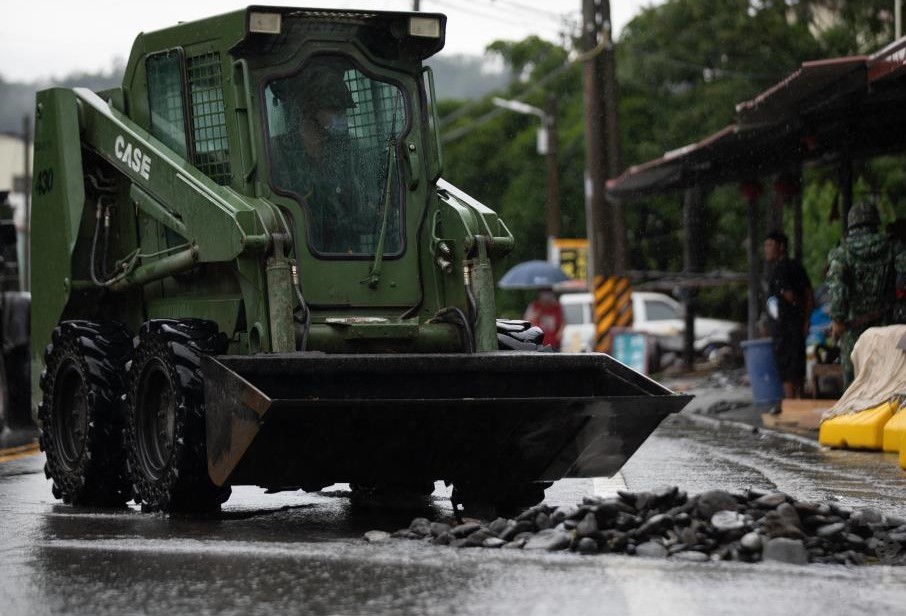 TAIPEI (Taiwan News) — The Taiwan military on Monday (Aug. 9) said it will send soldiers and equipment from its Fourth Combat Operations Zone, which is responsible for defense and disaster relief in southern Taiwan, to Kaohsiung’s Liugui, Shanlin, and Meinong districts, in addition to other areas to assist in post-flood cleanup.

The Fourth Combat Operations Zone said in a press release that it will deploy 173 troops, 16 vehicles, and three types of equipment to the southern Taiwan city after it was hit with heavy rains brought by Typhoon Lupit, Military News Agency reported. The soldiers will help remove sediment, conduct environmental cleanup, and coordinate with local governments to let residents return to their homes and resume their normal lives as soon as possible.

Though the tropical storm did not hit Taiwan directly, it still brought torrential rains across the nation and caused an estimated NT$210 million (US$7.5 million) worth of agricultural damage.

The fourth zone is southern Taiwan, which is protected by the Eighth Army Corps, while the fifth zone is central Taiwan, of which the Tenth Army Corps is in charge. Kinmen and Matsu also have their own defense commands.